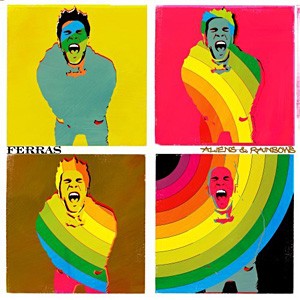 This 25-year-old Illinois native is best known as the singer and songwriter of "Hollywood's Not America," the song that escorts losing American Idol contestants offstage this season. It's an appropriate kiss-off: "Put your blue jeans back on, girl/Go home," Ferras sings over the lush, piano-propelled track. The rest of his debut album veers from overcooked showstoppers (you know, the kind American Idol trades in) to shimmering pop blasts, courtesy of hitmakers the Matrix. And it rarely distinguishes itself from those identifying tags. "Liberation Day" bounces along like one of Elton John's lesser hits, and the title tune is a Godzilla-size ballad sheltered in sappy strings. Simon, Paula, and Randy would probably think twice about advancing this conventional pop hopeful to the next round.