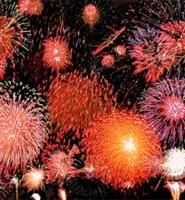 The Lime Spider doesn't have much going on for July Fourth . . . except the best view of the Akron area's most stellar fireworks display. And it's free. The rooftop grill will be open, serving both veggie and burgers (of the big, meaty kind). The club also boasts the city's biggest, best beer selection, from slow-poured Guinness to Oberon, the refreshing wheat brew from Bell's Brewing. Did we mention the fireworks? Akron's Fourth of July fireworks are launched across the street from the Lime Spider's rooftop deck. You can't get much closer without going up with them. So show up early, and keep your shades on.