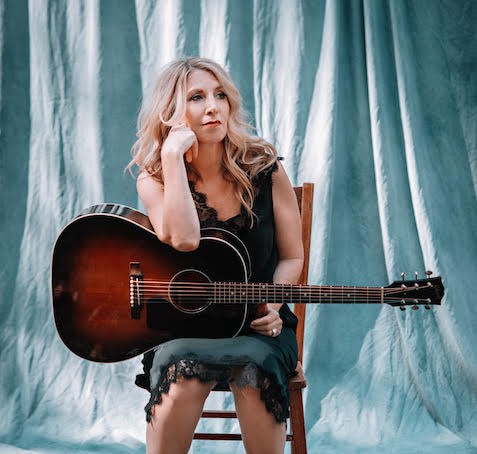 Courtesy of Chartroom Media
Florence Dore.
North Carolina-based singer-songwriter Florence Dore has fond memories of Northeast Ohio. Florence Dore, who returns to town on Tuesday, July 12, to play the Beachland Ballroom as part of National Independent Venue Week and as part of the National Independent Venue Association conference, lived in these parts for about 10 years in the early 2000s. She performed at clubs such as the Grog Shop, Beachland and Kent Stage before taking her talents south and accepting a gig as a tenure-track English professor at the University of North Carolina.

Tickets to the Beachland concert cost $10, and local favorites Cory Grinder and the Playboy Scouts are also on the bill.

“I had my baby in Cleveland,” she says via phone from her North Carolina home. “When your kid is born somewhere, — at least for me — you have deep love for the place. I played with [local alt-country act] Hillbilly Idol. Those guys are really great. I opened for [singer-songwriter] Robbie Fulks at the Grog Shop. I love Cleveland. It’s an unassuming place that has a lot of heart.”

After moving to here in 2000, Dore quickly befriended Beachland co-owners Mark Leddy and Cindy Barber. They’d eventually loan her their front yard when she married dB’s drummer Will Rigby in 2004.

Then, after moving to North Carolina in 2010, Dore initially devoted most of her time to working at the university. She drifted back into the music scene a couple of years ago when she worked on Cover Charge, a benefit album that helped out the Carrboro, NC–based indie club Cat’s Cradle. Acts such as Superchunk, Sarah Shook & the Disarmers and Southern Culture on the Skids all contributed tracks.

“It was amazing to see all these amazing North Carolina bands jump on the Cover Charge train,” says Dore when asked about the compilation. “That introduced me to the community here even though it was [recorded] totally virtual. It was really great.”

Dore herself contributes a cover of the Marshall Crenshaw song "Somewhere Down the Line" to the album.

“The song is very comforting and beautiful and about reassurance,” she says of the track. “I thought it was a perfect song for the moment. We recorded it remotely, and [Canton-based producer extraordinaire] Don Dixon mixed it.”

Just last month, Dore also released a new solo album, Highways and Rocketships. She wrote the tunes for it prior to the pandemic, but the COVID lockdown meant it took a little more time to complete the record. She recorded it with Don Dixon and Mitch Easter, a dynamic duo known for working together on early R.E.M. records. Former R.E.M. manager Jefferson Holt released it on his Propeller Records.

“I miss Cleveland, but all of Will [Rigby’s] old comrades are here,” says Dore. “Mitch [Easter] is one of them. His studio is near by. We were going to do the record remotely, but the timing was good because [COVID] vaccines had just come out. Don [Dixon] wanted to record it in person if we could. Being in the studio — there’s no contest. It’s just so much better. I find that with a lot of stuff. Human contact has vibes. People come up with ideas on the fly. It’s really good we got to do it in-person.”

A shimmering tune that makes the most of an evocative guitar riff, “Sweet to Me” stands out as the album’s centerpiece; it serves as a tribute to Dore’s late grandmother.

“It’s an elegy to my grandmother,” says Dore. “It’s told from her point of view. It encapsulates a couple of snippets of stories she told me. She was just very sweet. I just wanted to write an elegy to her. It’s very emotional. In the studio, we had to do an extra take because I started crying at a certain point in the song. It’s got my daughter singing at the very end, which is really beautiful to me. She and my sister do the outro together, which is really cool.”

“Thundercloud (Fucking with Your Heart),” another album highlight, comes off as a twangy tune that possesses a Georgia Satellites-like swagger. A downright nasty guitar riff drives the tune.

“We all know someone like that [character in the song who dates a loser],” says Dore. “It’s like, ‘You’re a smart person. Why are you going out with that asshole?’ That line popped into my head — ‘fucking with your heart.’ I thought it was kind of catchy. You start thinking about all the people you know, and it comes together pretty fast.”

“We’re definitely going to rock,” says Dore, who’ll also release a book about “the conversation between literature and rock ’n’ roll” in October. “It would be a waste of this band not to play a lot of rock ’n’ roll songs. They’re so great. I’m very, very lucky to have them.”