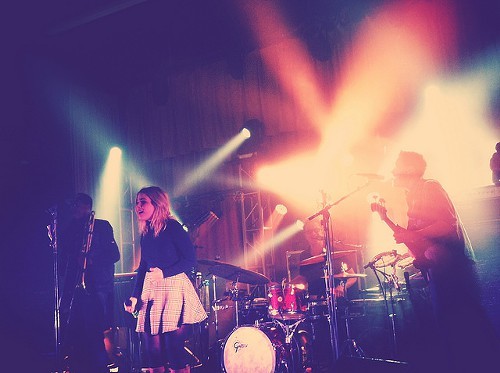 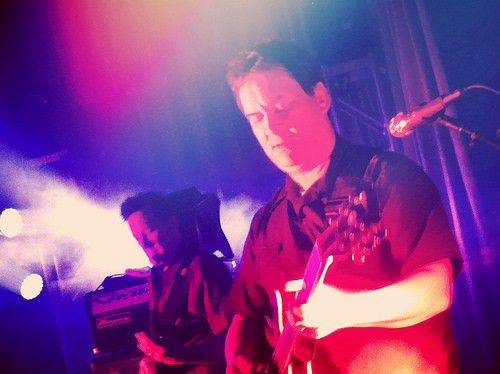 Little strips of confetti trickled out from the rafters prior to Galactic taking the stage, portending festive fun to come.

Bringing the heat from New Orleans, Galactic tore up the stage at Beachland Ballroom last night with super-tight enthusiasm. They kicked things off with two terrific instrumentals; bassist Robert Mercurio was laying down thick grooves from the get-go. He worked the pocket well as guitarist Jeff Raines accented the low end with psychedelic riffs and funky melodies.

Singer Maggie Koerner came out onstage to lend the show some vocal attitude. They all ripped into an energetic "Hey Na Na," and the crowd gave back in full force. Koerner held the mic out toward the front rows and received a thrilled response.

The rest of the show morphed ever deeper into just straight-on party territory. There was a very celebratory, New Orleans-inspired vibe in the room. And the light show onstage added a really intense element to the music. People who brought their dancing shoes to the Ballroom last night were duly rewarded.

Ryan Montbleau, another NOLA native, opened the show with a solo set. He last played Beachland in April 2013 when he and his band opened for ALO. This time around, he said, the crowd was bigger and more fun than any other time he'd played Cleveland. He riddled his set with humor and quick rhythms, giving a playful edge to the evening. Later in the night, he guested with Galactic; notably, he led the band in a nice take on Paul Simon's "50 Ways to Leave Your Lover."