Here's a Mid-1980s Local Interview With Trent Reznor on Channel 5 About Electronic Music and His Band, Exotic Birds 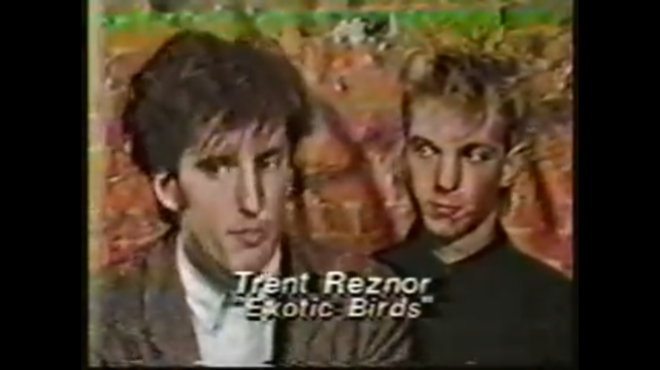 Nine Inch Nails will be inducted into the Rock and Roll Hall of Fame this year as part of the 2020 class, as announced yesterday, and with that achievement it seems like a fine time to check in with a younger Trent Reznor in his appearance on Channel 5's Cleveland Breakout Concert Series from the mid-1980s.

The NIN frontman, a noted geek, genius, and electronic music historian, talks about the Cleveland band he was with at the time, Exotic Birds, and what electronic music sounded like, and how it was being received, back then (which was either 1986 or 1987, given details in the interview). He'd found NIN just a few years later, with Pretty Hate Machine, the band's debut, being released in 1989.