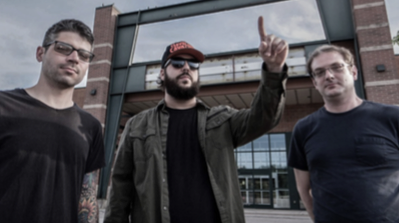 In the video, the band performs the track while in a freight elevator. The video’s storytline follows a man (Sean Manos) who wanders around his apartment in a daze until he begins to work up the courage to venture out of his apartment.

Shot over two days earlier this year, the video features footage filmed at Foote Printing on East 55th St., and the “story” scenes were filmed at a private residence in the Detroit-Shoreway area.

“Algorithm” is also the debut music video produced by the newly formed Distillation Studios, which was founded earlier this year by filmmakers Rémy Gareau and Bryan Robinson. Gareau directed the "Algorithm" video.