Steve Earle continues to slaughter sacred cows with his latest, the biting Jerusalem. 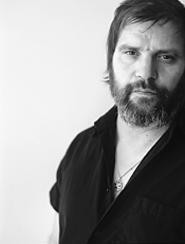 Bush whacked: One of Earle's songs was dropped from the John Q soundtrack because it was too critical of the current administration.

It's been a little more than five months since the shit hit the fan, and as far as Steve Earle is concerned, the initial outcry over the rabble-rousing country singer-songwriter's most recent release, Jerusalem, hasn't had much lasting effect. "Most of the press on this record has been really good," Earle notes, slightly bemused. "The reviews have been better than they usually are, actually."

The controversy was generated by the quasi-autobiographical "John Walker's Blues," in which the working-class, redneck protagonist who typically inhabits Earle's songs is replaced by the "American Taliban" himself, John Walker Lindh. Though the song neither exonerated its subject nor endorsed fundamentalism, the apparent compassion Earle showed for the California-kid-turned-Islamic-warrior ignited many in the media. While Earle had been compared to Hank Williams, Bruce Springsteen, and Woody Guthrie over the years, some now depicted him as a present-day Benedict Arnold. Volleys were fired from across the media spectrum, aimed at everything from Earle's patriotism to alleged attempts at using controversy to boost his career.

"The biggest surprise was that it happened almost two months before the fuckin' record was released," Earle laughs as he recounts the uproar from his management's offices in Nashville. "[Most of] the flak came from real right-wing talk radio, the New York Post, and places like that. The way this all started was a guy here in town who was a stringer for the [Post] heard of the existence of ["Walker"], 'cause I had played it for a friend of mine. This journalist -- who's an aspiring songwriter, evidently -- he called Steve Gill, a local talk-radio guy, and Steve Gill started a bunch of stuff and actually got on national television for the first time in his life."

Not surprisingly, Earle quickly became a hot item on the cable-news circuit, and has no gripes about his treatment there. "It actually was really weird," says the singer. "Like Greta Van Susteren (of Fox News Channel) is not an idiot; she just works for an idiot. Most of the people were trying to ask the right questions. No one intelligent really questioned my right to say anything I wanted to in a democracy. If anything, what's happening is, people aren't being as vocal as they should be about their outrage. When the attorney general of the United States goes before a Senate committee and says that anyone who questions anything that's being done in the name of homeland security is aiding and abetting terrorists, y'know, these are dangerous times that we live in."

While many pundits proved open to his views, Earle is quick to indict the media. "During the Vietnam War, there were journalists that sensed that something was wrong and went looking for it," he points out. "Now we have a media that is much more homogeneous, [that has] ingratiated itself to the government in a way that it never has before."

Despite such strong sentiments, when it came time for Earle to head into the studio and begin work on his latest, he wasn't interested in making a "political" album. The idea for a more socially biting record came from Artemis Records chief Danny Goldberg, prior to 9-11. Though he has always been a firebrand, Earle initially resisted the notion of making an album filled with the kind of political invective that folks have come to expect from him, for fear of producing a routine, predictable record. "Then September 11th happened, and I found myself making exactly that record," Earle recounts. "I wrote 'Ashes to Ashes' probably within 10 days of September 11th. That was my immediate reaction. I don't know what other record I could have made."

For those who haven't heard Jerusalem, suffice it to say that its point of view is pretty far removed from Alan Jackson's. "I'm more concerned with our reaction to September 11th than I am with the possibility of being attacked by terrorists," Earle explains. "I think it makes sense to be afraid of the thing you think is more likely to happen to you, and I think I'm more likely to have my civil liberties damaged in this process than I am to be blown up."

As a result of his outspokenness, Earle experienced the predictable backlash against some of the material on Jerusalem -- and not just for "John Walker's Blues." "Amerika v6.0 (The Best That We Can Do)," an angry, terminally infectious rocker that packs a charge reminiscent of both early Dylan and mid-period Stones, raised some eyebrows as well. A searing indictment of compromised American ideals, the song was written prior to Jerusalem for the 2002 Denzel Washington film John Q. "I was asked to write something for the closing credits," Earle recalls. "They loved the song; it was in the movie. Then September 11th happened, and they stopped returning my phone calls. We finally got them on the phone, and they admitted the song was out of the movie, because it was specifically too critical of the Bush Administration. At that point, I realized I was makin' the record."

Neither the early furor over "John Walker's Blues" nor Earle's long-espoused leftist politics has affected his airplay, he says. While he has been shunned for some time by much of country radio, Triple-A formats and public radio are his mainstays. Nevertheless, Earle's not deserting music for campaigning anytime soon. "What's funny is [on] this tour I'm probably talking less than I have in years," Earle notes. "The songs are so idea-driven, it's not necessary."