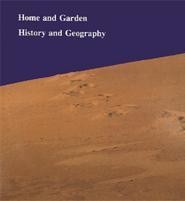 This atmospheric recording represents the collected works of a Pere Ubu refugee band equally eager to experiment with art rock and to shed the constraints of Ubu-brand developer David Thomas. Its nucleus was guitarist-keyboardist Jim Jones, bassist-saxophonist Tony Maimone, and drummer R. Scott Krauss. The 18 tracks on this loving remastering of neglected EPs from 1981 and 1984 feature those key three behind the shambling, luminous poetics of Jeff Morrison. Also on the disc are several instrumentals that verge on free jazz, highlighting the skill of Jones and guitarists Pat Ryan and Doug Morgan.

Key tunes include the gorgeous "Marco Polo: The City of Kin-Sai," the rambling, mysterious "Prairie Sailors," and dream-guitar swan song "Where We Left Off." One song skirts James Brown and Animals territory; others evoke Pink Floyd and early King Crimson. Almost all are abstract and absorbing. Listening to such daring work, still ultramodern after all these years, requires patience and an open mind -- the least you can bring to such brave music.