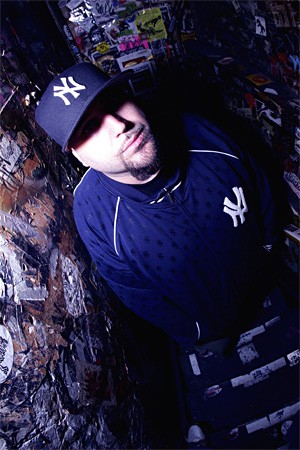 Growing up in Brooklyn during the '80s, Ill Bill heard similarities between Slayer and Public Enemy — and it wasn't just the sampled guitar riff that linked the Def Jam artists. "The common thread was aggression, anger, energy, the vibe," recalls Bill. "At the time, there were only two forms of music where you're going to see 10 ambulances parked outside a venue: hip-hop and metal." That omnivorous taste for music has continued throughout the rapper-producer's career, which includes work with underground legends Non Phixion, a collaboration with Wu-Tang's Raekwon, and several solo albums. His new CD, The Hour of Reprisal, features tourmate Tech N9ne. And Bill's still a metal fan: The album borrows its title from a Slayer lyric, features artwork by the guy who illustrates Slayer's covers, and includes a tribute to his all-time favorite group called "The Unauthorized Biography of Slayer." It's rap that rocks, but don't call it rap-rock. "That isn't what we do," says Bill. "[My music is] hardcore hip-hop. If you look around at what's going on in hip-hop now, it's totally different — [rap is] trash; it's ringtone rap. What we do is what Rick Rubin did in 1986: We make good, bangin' music."