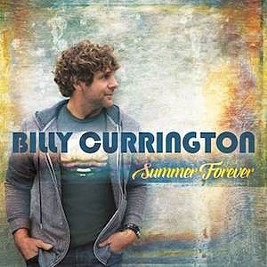 After graduating from a Springfield, Ga. high school, Billy Currington moved to Nashville to pursue his hopes and dreams of a career as a country singer. He admits the change of scenery initially took some adjustment on his part.

“When I was getting ready to graduate from high school, I had made up my mind that that’s what I wanted to do,” he says in a recent phone interview from his Nashville home. “Nashville was the first place I had been outside of my hometown. Prior to that, I had really only spent time in small towns for most of my 18 years. When I went to Nashville, it was big to me and something different. I had to learn how to live in a city and meet people. It was a learning experience. It taught me how to communicate with other people and I had to learn to sing in a studio. I learned so much in the early years before I ever started making records.”

Currington, who performs at 7:30 p.m. on Thursday, March 23, at Hard Rock Live, would have a huge hit with his 2003 self-titled debut, which yielded the singles “Walk a Little Straighter” and “I Got a Feelin’.”

But to hear him explain things, his association with country singer Shania Twain, who collaborated with him on her hit “Party for Two,” played an instrumental role in shaping his career.

“I got a call from the guy running Mercury Records who said that Shania Twain and her husband Mutt Lange wanted to work with me on the song,” says Currington. “They sent me a copy and told me to let them know if I was interested. I wasn’t going to sit there and go ‘not interested.’ Within a week’s time of saying I was in, I was on a plane to hang out with them in Europe and record the song. While there, we also did the video. Everything went so fast, I barely had a chance to learn it. It became something that to me brought me more acclaim than my first two singles did. Shania was so huge at the time. Being connected to her name blew things up for me.”

Currington, who issued his latest studio effort, Summer Forever, in 2015, has churned out a slew of hits over the course of the past 20 years. His six studio albums have resulted in close to 20 Top 40 hits.

“I don’t feel pressure to continue to deliver hits,” he says. “I just go about it and do it naturally. I am careful to only record songs that I’ve sat and lived with for a while, not something I found that day or wrote quickly. I always feel like I try to take my time, whether it’s a couple of years or a few months to get to know if I really love the song. Only then will I record it.”

He says that as he started to assemble the songs for Summer Forever, he found a common theme.

“Some of them were happy songs about being around the ocean,” he says. “There was a song called ‘Summer Forever’ so maybe that helped with the direction of the album. It wasn’t like we said, ‘Let’s do a beach album.’ It just happened that those songs have a summery type feel.”

The album opens with the rousing “Don’t It,” a song that features a driving guitar riff as Currington references singing karaoke and drinking shots. As much as the album makes allusions to partying and having a good time, songs such as the moody “Wake Me Up” and the tender ballad “It Don’t Hurt Like It Used To,” which, with its "hey-yeah" refrain, sounds like a cross between Train and the Lumineers, give the album some balance.

“That was a song that came about naturally,” Currington says of “It Don’t Hurt Like It Used To.” “I didn’t set out to write a song that day. This guy was playing a guitar in the room I was in and that brought these lyrics out of my mouth. They just started falling out. I thought we should write it down because I didn’t know what I was saying. Before you know it, we had a whole song. It came out in a way that songs never have. I usually sit down and think about what direction I want to go in. I guess I must have been hurt and broken-hearted, and it finally came out in the song.”

Currington, who says he’s started to assemble tunes for his next studio release, admits that having a great deal of success so early in his career has been a “blessing.”

“Friends of mine had put their first albums out and never had hits,” he says. “We were there in the Top 10 from the start, and it’s not an easy thing to do. I think about it every day and every time I hear one of my songs on the radio. I know how hard it is."