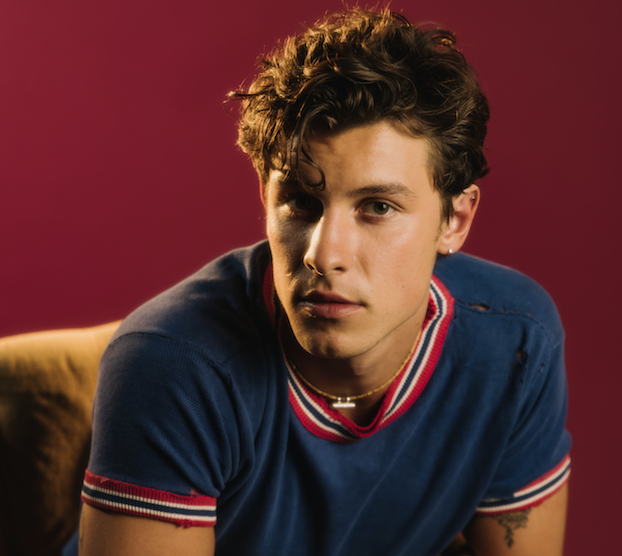 Miranda McDonald
Shawn Mendes.
Update: In a conference call that took place last month with a group of reporters, singer-songwriter Shawn Mendes said he was excited to finally hit the road in support of his latest full-length album, 2020’s Wonder.

He might’ve spoken too soon.

“After a few years off the road, I felt like I was ready to dive back in, but the decision was premature and unfortunately the toll of the road and the pressure has caught up to me and I’ve hit a breaking point,” Shawn Mendes says in a Facebook post announcing the postponement. “After speaking with my team and health professionals, I need to take some time to heal and take care of myself and my mental health.”

Original Post: 6/27/2022: A YouTube sensation, singer-songwriter Shawn Mendes became a household name in 2015 when he released “Stitches” and then cemented his status as a legitimate pop star two years later with “There’s Nothing Holdin’ Me Back.” The latter became his second No. 1 single at Top 40 radio and on Billboard’s Pop Songs chart.

Mendes has been delivering chart-topping singles ever since.

“I feel immense pressure to keep releasing a successful album,” he admits in a recent conference call when asked what it's like to regularly churn out hits. Shawn Mendes performs on Tuesday, July 19, at Rocket Mortgage FieldHouse. “At the end of the day, it doesn’t matter [if the album sells]. The success is people coming to your shows and singing your music back to you and connecting to you. Ultimately, the numbers represent that. But I’ve only had success when I’ve been focused on making music that feels inspiring and moving to me and not when I’m focusing on something that is 'industry successful.' When I do it for the wrong reasons, it doesn’t work out. When I do it for the right reasons, it somehow seems to work out every time.”

Mendes started working on his latest effort, 2020’s Wonder, an album he said he recorded so that the songs could be played live, after completing a two-and-a-half year tour in support of 2018's Shawn Mendes.

“It was definitely a funny time to make music,” he says when asked about working on Wonder during the pandemic. “I felt called to write about things that really mattered to me. I was in my first serious relationship at the time and was experiencing what it was like to be in love for the first time. I wanted to get as honest as possible. There was nowhere to go, so I spent time writing in a journal and keeping track of my internal dialogue. I got together with people I’ve worked with for the past ten years, and we did what we do and tried to enjoy ourselves.”

The first song he completed for the album, “Song For No One," features soft vocals and a wispy guitar riff before an orchestra takes the tune in a different direction. Other tracks also take a high-energy approach.

“]The single] ‘Call My Friends’ is about as big and ballsy as it gets,” says Mendes. “It’s thrilling. I catch myself falling deep into the thread of ‘music is the greatest thing of all time’ when I’m performing it. The single ‘Wonder’ is special and made to blow people away in the live setting.”

In the wake of the album’s release, Mendes released the non-album single “When You’re Gone,” a tune about his recent breakup.

“It’s a moment in time,” he says of the track. “It feels like a good description of how I was feeling a month after my relationship ended. It had good energy and felt like something I would want to play on stage. It has a lot of truth in it. My music is always a representation of where I am. My music says exactly how it is. It’s a cathartic process for me to write about how I feel and put it into music and that has always helped me grow as a person. That’s the main reason it was important.”

Even though he says he’ll need to adjust to “road life,” Mendes says he’s looking forward to reconnecting his fans with the extensive Wonder tour.

“Playing live has been a life force for me since I was 15,” he says. “I haven’t been able to have that for the past few years. I’m excited to feel that energy again. I’m excited to see the fans. I can’t say that I don’t have anxiety around it too. I’ve spent a lot of time at home around family and friends, and the road life is a different thing. [I'm excited about the tour because] this time around, the production is the most beautiful it’s ever been. It’s the most intentional it’s ever been. We’ve never had this much time in the past to create a cohesive, beautiful show.”