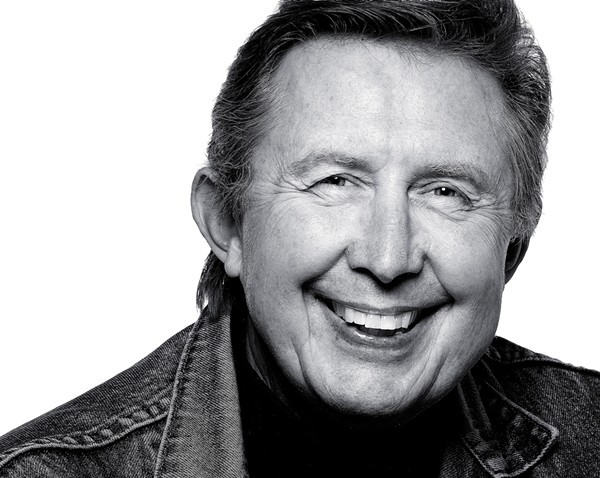 Courtesy of Peter Neff
Locally based writer Peter Lee Neff can clearly recall the first time he heard singer-songwriter Fred Neil perform. A teenager at the time, Neff aspired to be a folk singer-songwriter and regularly trolled the clubs in and around his West Hollywood, FL home in the early ’60s. He caught Neil playing at a coffeehouse and became transfixed.

“Your jaw dropped when you walked into the room,” says Neff one afternoon from his Old Park Lane Hotel apartment that’s not far from where Neil, who was born in Cleveland at St. Ann’s Hospital, grew up. “All of a sudden, to me, there was Fred Neil and everybody else. No one filled a room up with his voice like Fred.”

Years later, after Neil’s death in 2001, Neff became determined to set the story straight about the mercurial man whom producer Paul Rothschild once called a “total scumbag.”

Neff began to make a documentary movie and interviewed about 20 different people. But when he realized he had too much info for a film, he turned to writing a book. His book, That’s the Bag I’m In: The Life, Music, and Mystery of Fred Neil, has just come out, and Neff gives a reading at 7 pm. on Wednesday at Mac’s Backs in Cleveland Heights.

“I realized that I had so much material that I couldn’t get it into a documentary film,” he says.

So he started interviewing friends and family members as well as musicians who knew Neil. Neff first interviewed Bob Ingram, who was in a group with David Crosby and his brother Ethan Chip Crosby called Les Baxter’s Balladeers. Ingram talks about Neil's talent and shares stories about seeing him perform.

“At the beginning, everyone said it would never work,” says Neff. “There was an unspoken trust, and people thought they were betraying a trust because Fred was so private. About a decade after he passed away, they started loosening up.”

“There’s a troubled aspect to his music” says Neff. “His childhood plays into that as well. There was just a sadness, a let down in his childhood. The music business was part of it too. That’s what I discovered. He had his first record in 1957. He was thrust, as John Sebastian said, into the maw of the early rock ’n’ roll record business which chewed a lot of people up.”

Neil released his first album, Tear Down the Walls, with Vince Martin, in 1964 and put out his solo debut, Bleecker and MacDougal, the following year.

“The producers saw him as a kid with lots of talent,” says Neff. “He played guitar on all of his records, but his songs didn’t click with the audience.

Harry Nilsson would turn Neil’s “Everybody’s Talkin’” into a major hit, and the song appeared in the film Midnight Cowboy. Folk singer Tim Buckley had a hit with his “The Dolphins” too.

Neil would essentially stop performing live about the time he got involved with the Ric O’Barry’s Dolphin Project.

“[Neil] played a Tokyo concert in 1977, which was a Save the Whales concert,” says Neff. “That was his last publicized performance. He stayed in Coconut Grove for a while and disappeared around 1985. He went to Summerland Key in Florida and helped the Dolphin Sanctuary down there for a few years. At that point, only three people who knew who he was knew where he was.”

The last 100 pages of That’s the Bag I’m In focuses on those lost years.

“I knew the lady that was with him the last three years and a gentleman who would get food for him and do different things for him and didn’t know he was Fred Neil until he passed away. Fred used another name then.”

Neff says he hopes people who read his book will realize the significance of Neil’s career.

“I hope they learn how big of an influence Fred Neil was and that he was as important in his time for the many musicians who came after him as the Beatles and Bob Dylan,” he says. “That’s just not me saying it. Other people agreed with me when I said that. These are people like [singer-songwriter] John Sebastian. This is a very interesting story. It’s really incredible, and I wrote the book for everyone, not just music geeks.”