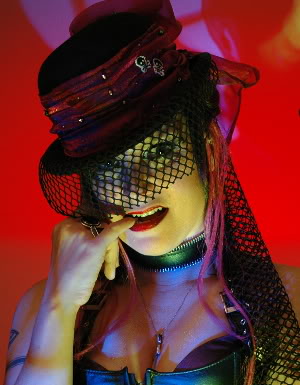 Alison Garrigan and Dan Folino are notorious as two of Cleveland’s most gifted and adventurous actors — performers who will try anything onstage, whether it’s Folino baring all in Beck Center’s production of Equus or Garrigan tackling gender-bending roles like Dr. Frank-N-Furter in Cleveland Public Theatre’s version of The Rocky Horror Picture Show. Early this year, the two played opposite each other in the lead roles in Lakeland Community College’s acclaimed production of Stephen Sondheim’s grisly musical Sweeney Todd: The Demon Barber of Fleet Street.

Both have long moonlighted with rock bands, although their rehearsal and performance schedules make their bands’ appearances infrequent. Clevelanders have a rare chance to see both Folino’s Vanity Crash and Garrigan’s Queue Up at 10 p.m. tomorrow (Friday, April 10) at the Hi Fi Club (11729 Detroit Ave., Lakewood). If you’re 21, admission is free with a ticket that can be downloaded from either band’s MySpace page: www.myspace.com/queueupusa and www.myspace.com/vanitycrash.