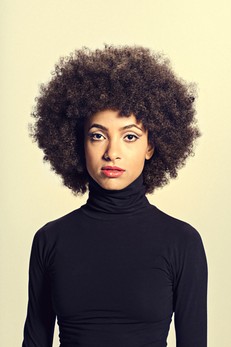 Holly Andres
Jazz singer and bassist Esperanza Spalding released her debut, Junjo, in 2006, and the album quickly established her as a rising star. A favorite of President Obama, who asked her to play at his Nobel Peace Prize concert in 2009, she surprised everyone when she won a Grammy for Best New Artist in 2011. The award-winning album, 2010's Chamber Music Society, featured gorgeous ballads and gentle jazz tunes.

Now, Spalding has announced a fall tour of North and South America set to kick off August 13 at the Richmond Jazz Festival in Richmond. She performs at Kent Stage on Oct. 23.