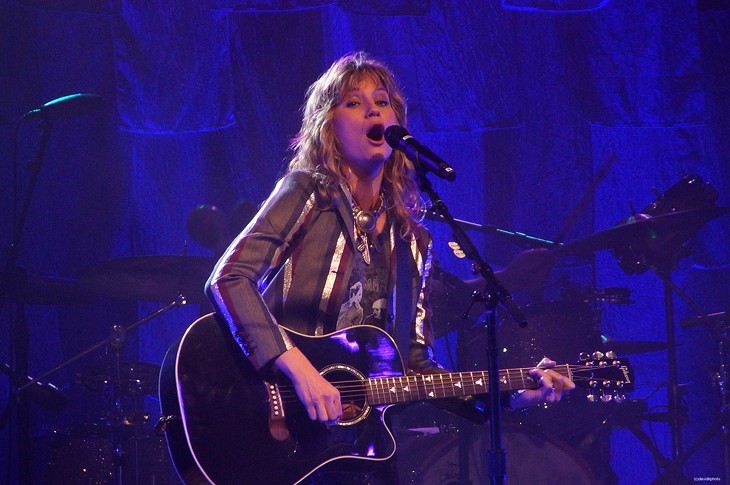 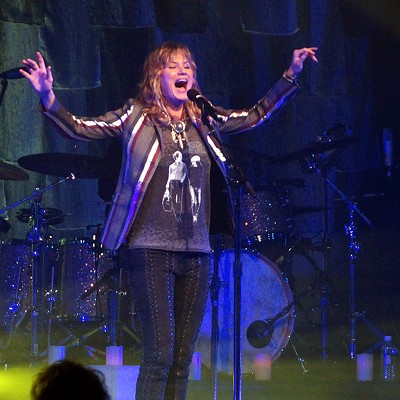 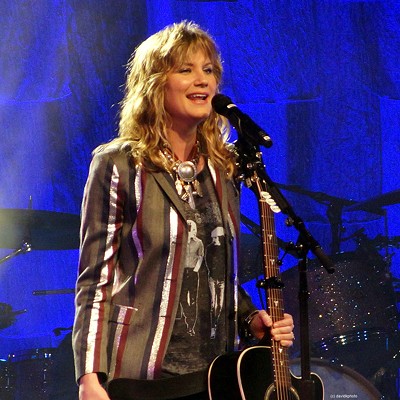 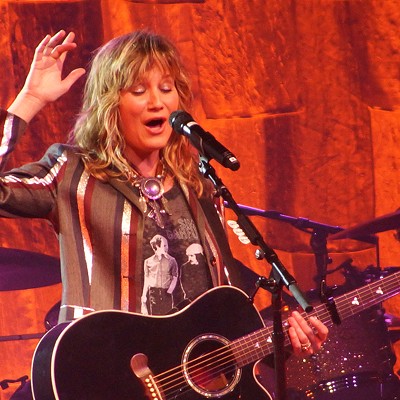 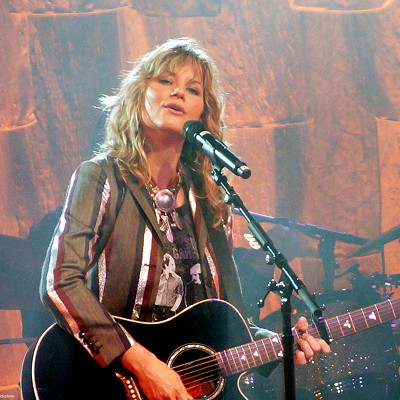 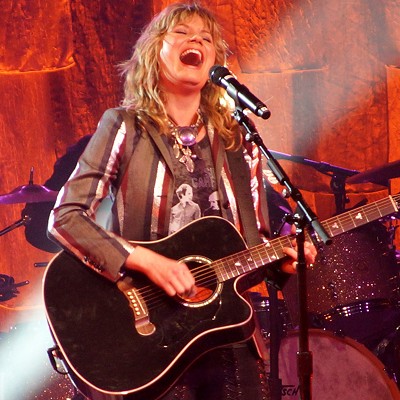 The Hard Rock Rocksino started hosting concerts as soon as it opened last year. But until last night, it hadn’t hosted a country concert. There was perhaps no artist better suited to be the first country artist to perform at the place than singer Jennifer Nettles. The Sugarland singer is a huge star that has sold millions of albums and played much bigger venues than the 1200 capacity Hard Rock Live. She was clearly enthused about christening the intimate place as she put on an entertaining 90-minute concert that, if anything, often came off as a bit too celebratory.

The diminutive singer arrived on stage bathed in so much light that it looked like some kind of heavenly creature had descended upon the stage. But Nettles never came off as holier than thou. Dressed in a tank top emblazoned with an old school image of Simon and Garfunkel, she looked glamorous but not too glamorous. And she bantered casually with audience members, cheerfully responding to fans that shouted “I love you” throughout the concert and introducing songs with short stories about their origins.

The set started off strong with “That Girl,” the moody title track from her new solo album. While songs such as the acoustic “Me Without You,” a track she prefaced with a quote from the Eagles’ tune “Hotel California,” addressed the desire to get out of a bad relationship, more often than not Nettles sang about the joys of being in a relationship. And at one point, she even sang about motherhood with a lullaby that probably should have been kept private. As a result, the songs came often had a happy-go-lucky ‘70s AM radio vibe, a comparison she drew out with a “Yacht Rock” segment that included a shout out to pop crooner Barry Manilow. ”Admit it, he got lots of you laid,” she joked.

Nettles, whose strong voice would be just as well suited to gospel as it is to country and pop, is capable of singing with more heart, something she proved as she delivered a stripped down version of the Sugarland tune “Something More.” But after that track, which came toward the end of the 19-song set, she was quickly back to snapping her fingers, clapping her hands and swinging her hips for lightweight tunes such as “Every Little Thing” and “All I Want to Do,” tunes that soared only because her four-piece band got to jam.

Brandy Clark had the unenviable task of opening for the hugely popular Nettles. Armed with nothing more than an acoustic guitar, Clark, who looked like a cross between troubadour and rocker with her snap-cap and tight black pants, didn’t appear the least bit nervous. She quickly won the audience over with narrative-based tunes such as “Crazy Women” and “Pray to Jesus.” The bare bones approach worked well as her often humorous lyrics about everything from smoking weed to doing hard time really resonated. As a result, fans mobbed her as she signed copies of her new CD in the lobby after her performance. The odds might be stacked against her making it big, but we’re certainly rooting for her after last night’s terrific performance.