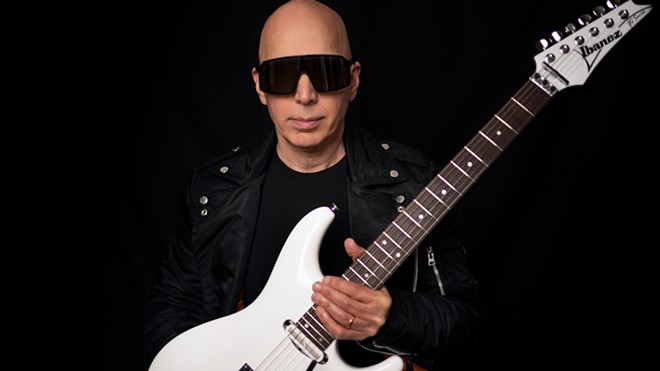 Courtesy of Live Nation
Joe Satriani.
After being forced to postpone numerous tour dates over the last two years, guitar whiz Joe Satriani has announced the details of a new tour in support of his forthcoming album The Elephants of Mars. The tour launches in September, and it includes an Oct. 21 date at MGM Northfield Park — Center Stage.

“We did everything,” Satriani says in a statement about the album. “We tried the craziest ideas. And we entertained every notion we had about turning something backwards, upside down, seeing what could happen.”

A presale for the show starts at 10 a.m. tomorrow. Tickets for the Joe Satriani concert at MGM Northfield Park — Center Stage go on sale to the general public at 10 a.m. on Friday.