Jonathan Richman to Perform at Heights Theater in October 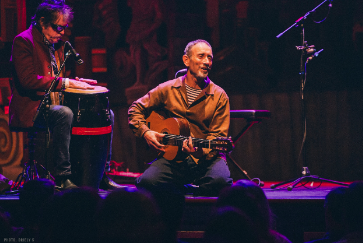 Courtesy of the Grog Shop
Jonathan Richman.
Perhaps best known from his role as the troubadour in the quirky ‘90s comedy There’s Something About Mary, Jonathan Richman has a career that stretches back decades.

He famously led the proto-punk band the Modern Lovers in the 1970s. Since then, he’s embraced the singer-songwriter role and often plays live while accompanied only by drummer Tommy Larkins.

The Grog Shop has just announced that it has booked Richman and Larkins to perform on Monday, Oct. 24, at the Heights Theater, which is located in Cleveland Heights at 2781 Euclid Heights Blvd. , just two doors down from the Grog Shop.

Tickets to the Jonathan Richman concert at Heights Theater cost $22 in advance, $25 day of show.