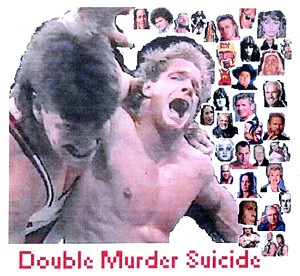 Double Murder Suicide is an unspeakably tasteless concept album about the death of the WWE's Chris Benoit, who killed his wife, son, and himself in June 2007. And it's a must-listen if you're even remotely interested in professional wrestling — which, like heavy metal, ballet, and coffee, is an admittedly acquired taste. Goldberg is a Cleveland multi-instrumentalist and law-school dropout, whose classroom training may come in handy if he has to answer for the presumably uncleared sound bites of the troubled grappler included here. At one point, Goldberg refers to Benoit's final meltdown as a "WrestleMania of love." The lo-fi rock has enough ambition and hooks to offset its total lack of polish.