Thursday, June 1, at the Grog Shop 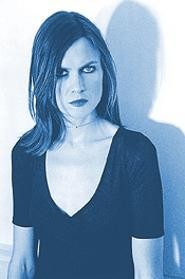 Juliana HatfieldIf Alanis and Tori are the darlings of the alt-rock movement, singer-guitarist Juliana Hatfield is the bastard stepsister who never made it to the ball. Hatfield, who got her start with Boston's Blake Babies, survived the mid-'90s after experiencing a slight taste of the mainstream when she was idolizing her bitch of a sister (see her 1993 hit "My Sister"). Sure, she's been relegated to playing the Grog Shops of the world, but it's more by design than by miscalculated attempts at superstardom. Coming a handful of months after a solo show at the Grog Shop, Hatfield returns to the same venue with a band in support of two new, bipolar discs -- the acoustic, introspective Beautiful Creature and the electrified, antagonistic Total System Failure, which she recorded with a band called Juliana's Pony (former Weezer bassist Mikey Welsh on bass and drummer Zephan Courtney).

While Beautiful Creature features what has come to be quintessential Hatfield -- personal disclosures of insecurity sung over simple, genial pop melodies -- Total System Failure sways between hard-edged, discordant rock and soothing guitar melodies and intense lyrics, albeit delivered with her trademark thin vocals. Raw and experimental, Total System Failure finds Hatfield inflecting her songs with more anger than normal. But for this tour, Hatfield, who has also finished recording a new record with her old bandmates from the Blake Babies, has said that she'll focus more on Beautiful Creature, so don't expect to hear her playing anything too unconventional.