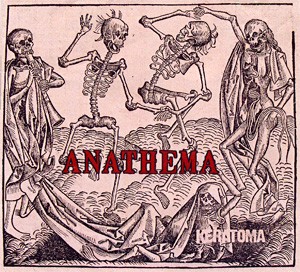 Besides Chimaira's Chris Spicuzza, Keratoma programmer Tom Shaffner is probably the least superfluous keyboard dude in rock these days. But make no mistake: Even with keys in tow, Keratoma is a killer thrash-metal band that positively smokes the fashion-core kids who've overrun Headbangers Ball. Its debut album, 2005's Smoke and Mirrors, remains one of Cleveland's great underheralded albums of the decade. Anathema is even better. While Smoke and Mirrors raged like a bastard son of Slayer and Marilyn Manson raised on a steady diet of crank, Anathema finds the ravenous quintet coming into its own. In a perfect world, Al Jourgensen would give Keratoma the keys to the Ministry franchise and let them drive it straight back to the arenas.