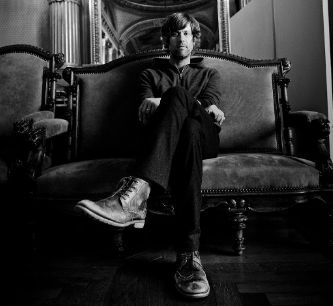 Courtesy of Kramies
Kramies.
Back in Cleveland after a lengthy stint in Colorado, singer-songwriter Kramies has recruited the likes of Jason Lytle (Granddaddy), Patrick Carney (Black Keys) and John Panza (Terrycloth Mother, Hiram-Maxim) to play alongside him on his forthcoming album. Todd Tobias (Guided by Voices, Circus Devils) mixed the album.

Known as “the dream-pop troubadour,” Kramies has received acclaim from media outlets such as Billboard, Clash, NPR and the BBC.

Initially just an acoustic outtake, the new single, “Owl and the Crow,” which Kramies wrote while traveling through Ireland, was recorded in one take on a late California night in Jerry Becker’s Oakland Studio. It's the second single from the new full-length, which arrives on Sept. 9.

“I’m not sure I’ve ever been able to say this before because I can’t really understand completely how I process things without relying heavily on the emotions I use to create everything, but 'Owl and the Crow' is one of the songs on the LP that means the most to me,” says Kramies in a press release about the single and forthcoming album. "For one of the first times in my life I recognize instantly where the story and emotion from this song comes from. I rarely remember anything that isn’t emotionally heightened; if something doesn’t carry bits of historic emotional imagery then I don’t really care about it or remember it. This song has stayed with me. There are a few unspoken landmarks on this LP for me and 'Owl and the Crow' is one of them.”

Coming up, Kramies performs with Niights and Mercury Rev on Thursday, Sept. 15, at the Grog Shop in Cleveland Heights.