L.A.-Based Electronic Act Tokimonsta Distills a Range of Influences on Its New Album 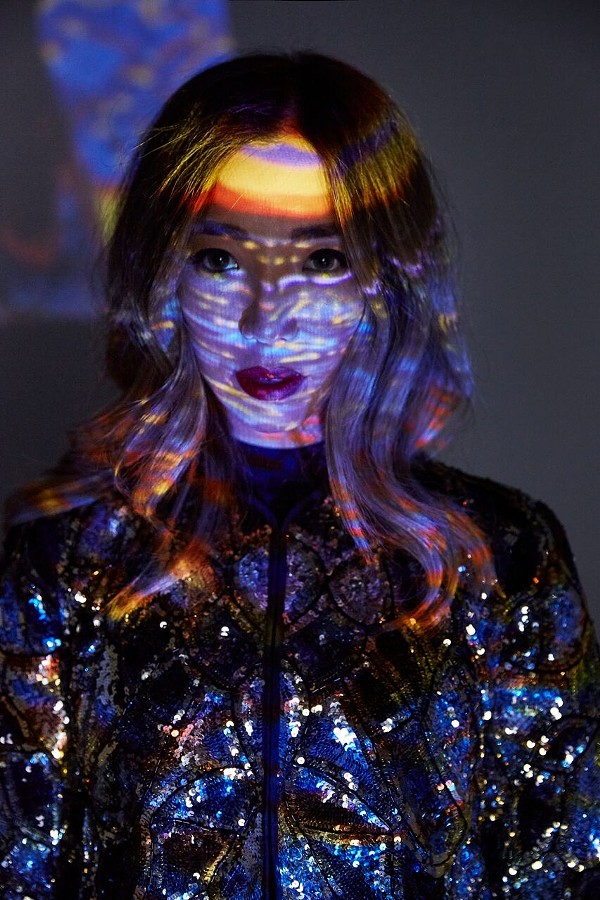 John Michael Fulton
When Jennifer Lee, the L.A. Based-electronic indie artist who tours and records as Tokimonsta, first signed to Brainfeeder, the label run by forward-thinking electronic artist Flying Lotus, she didn't think it was any big deal. After all, Flying Lotus simply contacted her via iChat and informally added her to his roster.

“I don’t think anyone knew what kind of an impact the label would make on the scene,” she says in a recent phone interview. She performs at 8 p.m. on Friday, Oct. 6, at the Beachland Ballroom. “We were just all friends. Flying Lotus was a good friend. It was a bunch of friends who wanted to make music, and at the time, Flying Lotus was making a big impact. He had the means to push his friends forward. We were just a group of kids playing beats.”

Lee's resulting 2010 debut album Midnight Menu, captures the sound of the West Coast beat scene and represents the distillation of her various influences. Lee, who grew up studying piano, draws from both hip-hop and electronica and cites acts such as Wu-Tang Clan and DJ Shadow as influences.

“I started listening to the radio, and I started discovering West Coast rap stuff and then being introduced to East Coast hip-hop,” she says. “I really thought Wu-Tang was the shit. It wasn’t like what I had heard before. From there, there was that big delve into more music. I grew up with the Internet being there for most of my life, so I got into the Napster thing. That was a great way for someone like me to discover music I would have never discovered any other way. That’s how I discovered hip-hop before my generation. For me as a musician, I’m a result of all those things. I’m the result of all the music I love.”

Her latest effort, Lune Rouge, is another eclectic affair. The undulating "WE Love" features percolating synths and hiccuping vocals, making it sound a bit like it could be a Tegan and Sara song. With some help from the song’s guest vocalist, Malaysian singer-songwriter Yuna, the single "Don't Call Me" shows how easily Lee can navigate the pop world.

Lee describes her initial meeting with Yuna as “formal-ish.”

“Our managers thought it would be good for us to work together. That sounds like an industry thing, but I’m a huge Yuna fan anyway,” she says. “I was surprised to find out that she was a fan of mine. We initially worked over email and then worked in the studio a bunch. She’s the kind of person that I can text her, and she’ll text me back. We’re both really proud of the song we made together.”

“I didn’t go with any strong intentions or expectations,” she says when asked about her approach to recording the album. “I went through an eye-opening ordeal. When everything is about to be taken away from you, you learn to value what is important to you as a musician. To go with too many intentions is going to lead to disappointment. When I went in with this album, I went in with no intentions. I wanted to make a lot of songs I wanted to make. I didn’t want to create under any pressure. I just wanted to make songs that make me happy and allow me to the celebrate the fact that I can still make art. I look at it as an anthology. Each song is its own story.”

Earlier this year, she remixed the Beck track “Wow,” adding hip-hop beats and trippy synth-like sounds, adding some funk to an already groove-y tune. She even distorted the vocals a bit.

“I love Beck and felt really honored to be able to do that remix,” she says. “He’s a well-respected and big act. I love him a lot and he influences me in terms of how he has his career. His music is his music and doesn’t fit any specific direction. It allowed me to make an interesting remix that I felt like I could use my freedom with. I just made a wild ass song. I had so much fun with it. It’s kind of an insane song, but I really like it.”

Lee doesn’t tour with a band but says her live show has evolved and become more complex over time. Kingdom (Fade to Mind), KingJet and KAMI (Save Money) will join her for the Beachland show.

“It’s a lot of orchestration,” she says of the live show. “If you imagine all my songs being separated into different pieces and that I can bring them together and orchestrate them, that’s the live set. And there’s a visual show too that I have tied in as well.”