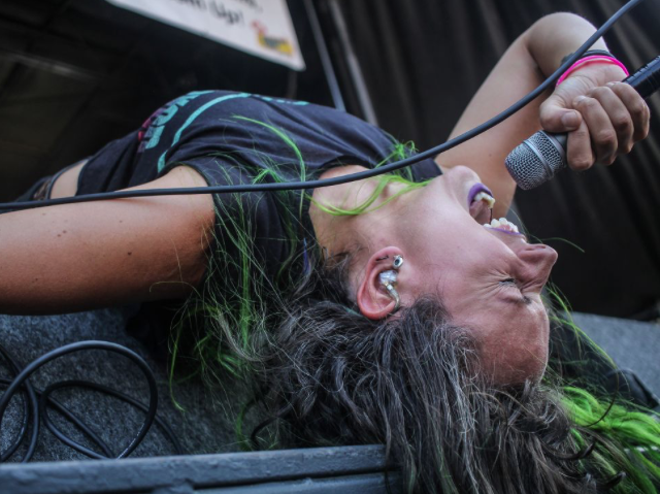 Adrian Leuthauser
Earlier today, organizers for the Warped Tour, which includes a July 18 stop at Blossom, announced the lineup for the summer punk rock festival's final tour. Organizer Kevin Lyman has said this will be the last full-scale tour.

This year's fest will feature veteran punk and indie acts such as Reel Big Fish, Simple Plan, All Time Low, Four Year Strong, 3OH!3, Less Than Jake, Underoath, We The Kings, the Used and TonightAlive.

The tour will also host non-profits such as A Voice For the Innocent, American Red Cross, Hope For the Day, Feed Our Children Now!, Living the Dream Foundation and To Write Love on Her Arms, and it will launch the FEND Movement (Full Energy, No Drugs) in partnership with the Preventum Initiative.

"I am very excited about the upcoming year. With it being the last tour, the non-profit presence will be as big as ever. Groups who have been out in the past will be coming out in more markets, and hopefully we will attract new non-profits," says organizer Sierra Lyman in a press release announcing the lineup. "With more non-profits coming out there will be more options for our audience to hopefully get involved before, during, and after the tour. I am hoping that this last year encourages non-profits to partner with bands and for bands to partner with non-profits on their own events and tours once this summer is over."

Early bird tickets and "Super Fan" bundles are on sale now; tickets go on sale to the general public at 10 a.m. on Thursday, March 8.