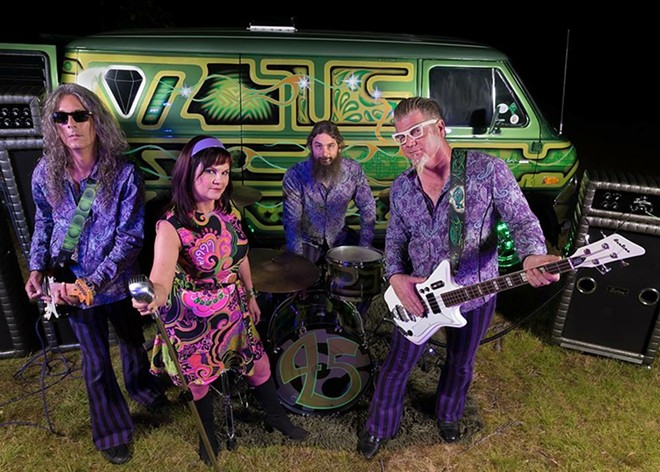 Courtesy of 45 Spider
With his Underground Garage channel on Sirius, the E Street Band's Little Steven champions garage rock bands from both yesterday and today. Earlier today, the Underground folks crowned "Find a Cave," the latest single from the locally based self-proclaimed "groovy fuzz rock" band 45 Spider, "the coolest song in the world this week."

The Jimmy Radcliffe tune was once featured on the children's show The Banana Splits back in the early '70s.

"We recorded the song, and Chris Keffer from Magnetic North shot a silly video for it in the style of Sid & Marty Krofft, which we submitted [to the Underground Garage] in the fall," says guitarist Nick Summa in an email exchange. "The producers dug it and gave it to Steven."

On Friday, the station will air an interview with bassist Kevin Moore. The band will also perform at 9 that night at the Happy Dog with Pittsburgh's the Jackals of Botswana.