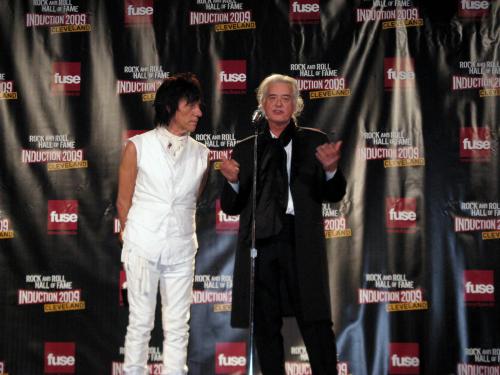 Jeff Beck and Jimmy Page came backstage together and talked about their long working relationship. Beck thre a joke out about a rubber factory — a reference to Akron (Beck thought Goodyear was in Cleveland).

Beck also mentioned he was happier about his solo induction (he's also a member as the Yardbirds). He also talked about his jazz fusion influence.

Beck also made a reference to being thrown out of the Yardbirds. "Not by me," laughed Page. "I was lucky," said Beck. "I found Rod Stewart. Ha ha." —Michael Gallucci