Live Nation To Offer $25 Tickets to Many Upcoming Cleveland Concerts 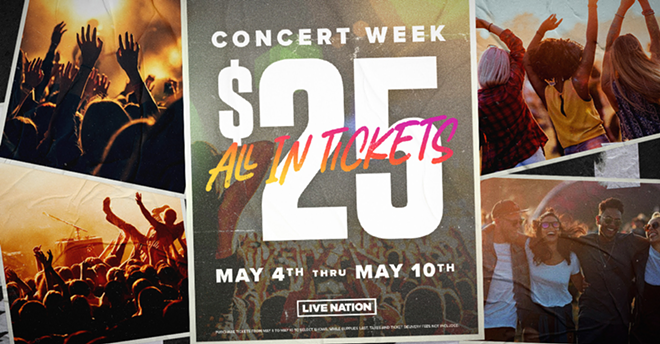 The discounted Concert Week tickets go on sale to the general public at 10 a.m. on Wednesday, May 4, at livenation.com/concertweek. They'll be available while supplies last through Tuesday, May 10.