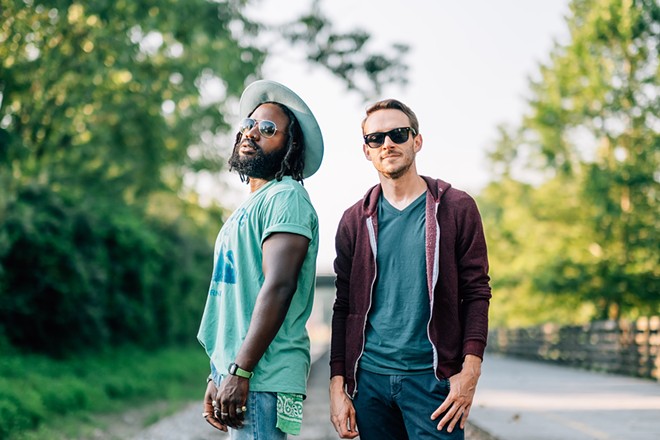 "This has been a long time in the making," says Reifsnyder in a press release about the song. "We're both really excited to finally put this out into the world."

The song explores the idea of "spending your life with someone and looking forward to the journey," and Jul Big Green reveled in providing the lyrical references to places and people he loves.

"I wrote my parts around one of my favorite places to getaway: Churchville, NY," he says. "I wanted my lyrics to creatively reference my favorite food spot and my best friends all by name in the song, but I don’t think anyone but them will pick up on it."

Astronymer and Jul Big Green plan on releasing a live performance video of the song in the near future and are both working on multiple other projects. Jul Big Green also has plans to release his first full-length album, 5am to Midnight. It’ll feature contributions from local acts such as Nathan-Paul & the Admirables, TeeK B3at and Gretchen Pleuss.

Reifsnyder continues to release more personal acoustic music under his name but also has a few future Astronymer releases planned.

Jul Big Green performs at 4 p.m. on Aug. 31 at the Rock Hall, and Reifsnyder's next performance will be with his acoustic duo, the Fairdowells, on Oct. 5 at the Chagrin Falls Documentary Film Festival.