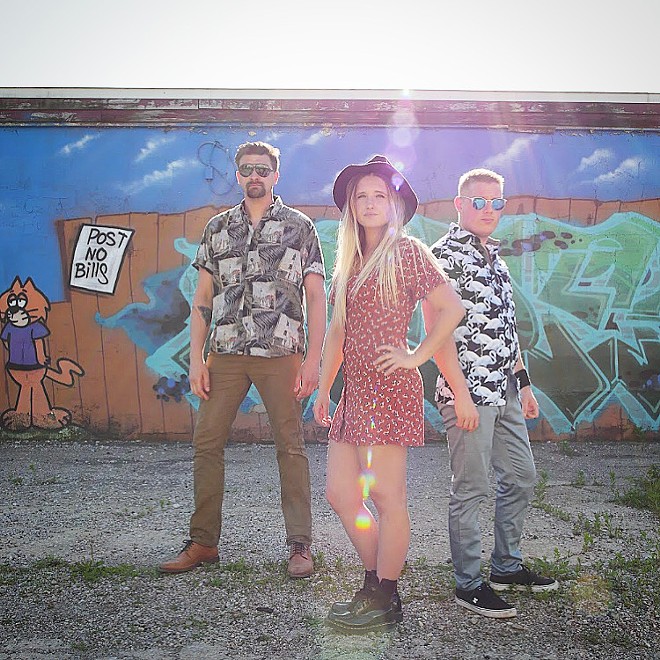 Courtesy of Jessica Komyati
The members of the local indie rock act Papi and the Smears — singer-guitarist Jessica Komyati, guitarist John Jasunas, singer-bassist Devin Ratajczak and drummer Randy Kozelka — all grew up in the same area in Willoughby/East Lake.

About a year ago, band leader Komyati, who majored in American sign language at Kent State University, had written the song “Hungry Heart” and was looking for a band to back her up for a recording of the track. She recruited her friends to help her record the tune, and the group just released the number, its debut single.

“This song is the first song I brought to the guys,” Komyati says via phone. “They’ve been buddies for a while. I would bring it to friends to find someone to play with me. I found John [Jasunas] and Devin [Ratajczak], and John had a set up in his basement for us to play. We came together and got the song pretty tight and then our drummer came around a little bit after that. This song is very important to us because it started everything for us.”

With its lounge-y vibe, “Hungry Heart,” a song about "the tragic loss of a lover," crosses over into jazz or torch singer territory.

“I would say it has a jazz feel and a little bit of the blues,” says Komyati. “It’s got a swing beat with the drums. It just started off with some chords on my acoustic. We had to get into the studio and figure out what we wanted. We didn’t even have a bridge written at first. Our producer is my father, and we recorded in my parents’ recording studio. It’s also where the [local band] Modern Electric did their first album.”

Currently at work on an album, the band is struggling to find safe gigs to play given the state’s restrictions on mass gatherings.

"It's an odd time, and we really do miss playing out," she says, adding that the band's full-length should drop sometime next year.