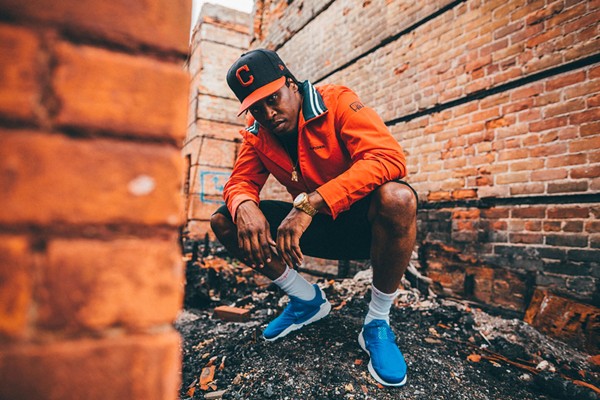 About the project, Paulk, a devotee of Paulo Coehlo's The Alchemist, noted in a recent text message to the Scene, "It’s about being definite in your decisions and following the signs of energy, intuition — being confident in the outcome, whether good or bad. Good and bad are both temporary things; I think if we all stay definite with joy through life, that’s all we need."

Fresh off a 40-city tour with XXL Freshman Kap G and a feature in last week’s Scene, Paper Paulk has produced a project that blends introspection, aspiration and chest-thumping braggadocio into its 20-minute run time.

“Push The Button” is the stand-out, catching Paulk launching haymakers at “cartoon” rappers over a sneer-inducing chorus of saxophones and delicious 808 hi-hats. The video drops the rapper in an abandoned boat warehouse on the West Side of the Flats with sweeping camera shots and drone footage constructing a stylized package.
At its most intricate (“You are not a one of one/you’re just another one”), Paulk’s voice remains in the pocket and subdued, but he expands into a crackling, almost Southern-twanged Danny Brown over “Off the Rip” for a unique sonic palette.

Paulk's daughter even hops on the project, providing the outro of "KARMA," which features vocals from Cleveland singer Stacia Jordan on the hook.

The entire project is “musically orchestrated” by Chase N. Cashe, a prominent behind-the-scenes maestro whose Surf Club production duo with Hit Boy spawned tracks for Drake, Wiz Khalifa, and Lil Wayne. Cashe hops on the mic himself and holds his own, trading verses over 8 bar licks with Paulk on “Off the Rip.”

Catch the project on all streaming platforms here.