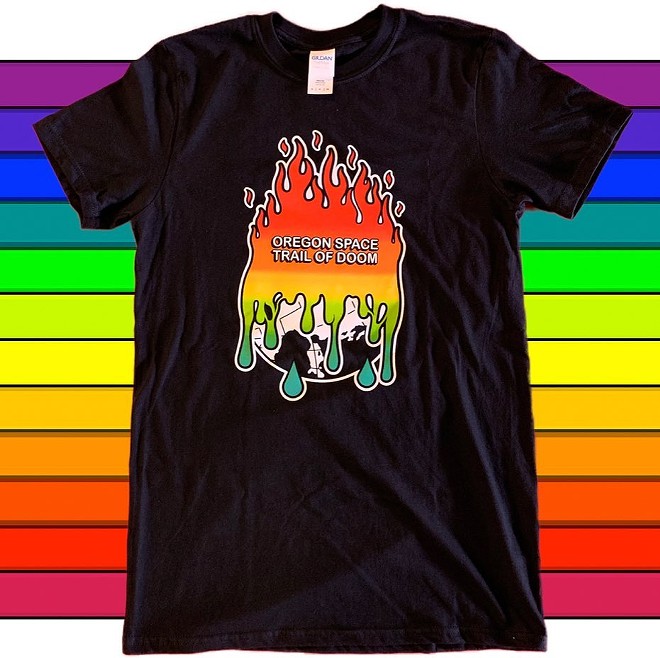 The locally based “exploratory rock” band Oregon Space Trail of Doom has just released a trippy new single, “Rainbow People,” and it has created a new T-shirt too.

The single is available on both Bandcamp and Spotify.

"'Rainbow People' is a song about unity and the power it can hold when dealt with adversity,” says singer-guitarist Ryan Fletterick when asked about the song. “In the land of the Rainbow People, it is understood that strength comes from banding together to form something beautiful and in doing so realizing that all forms of negativity are nullified through the unbreakable love and protection they have for each other. Knowing that love intimidates hate, the Rainbow People are a direct personification of what it means to be free."

The colorful new shirts were printed and designed by @limp_bizkitofficial from @clevelandprintco. They will only be sold at the band's live shows.

The band's alter ego, Oregon Space Trail of Jazz, performs at 9 p.m. on Monday at the Winchester Music Tavern in Lakewood.