Friday, October 6, at the Beachland Ballroom. 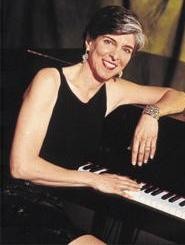 Maybe Marcia Ball had no choice. Raised on the Texas-Louisiana border, the girl was surrounded by terrain way too rich in exquisite roots music to deny her destiny as a bona fide boogie queen. R&B, gospel, Cajun, and country thrive in those parts, and Ball took it all in, tossed it back with authority, and -- like all true artists -- put her own indelible imprint on it. While her rock-solid Crescent City-styled piano prowess is her calling card, the long, tall Gulf Coast lady, an early adapter to the Austin music scene, cuts a distinctive figure vocally as well. It's that side of Ball's talent, in fact, that she's emphasized in the studio in recent years. Not unlike Bonnie Raitt, Ball's been caught of late on disc, soulfully dipping her toes in lukewarm adult-contemporary waters. But her last offering, 2005's Live! Down the Road, proves that she can still pump those piano pedals and bring the party with the best of 'em.