“I promise you will be entertained,” said singer Martina McBride at the start of last night’s concert in front of a capacity crowd at Hard Rock Live. McBride almost sounded defensive as she talked about her approach on her new album, Everlasting, a collection of soul and R&B covers that she described as “a labor love.” “There was a time when things were freer,” she said. “Ray Charles did a country album and Patsy Cline could be heard on pop radio stations.” But McBride didn’t need to justify Everlasting. Unlike many of today’s country singers (yes, that means you, Taylor Swift), she’s a powerhouse singer more than capable of handling the classic tunes. 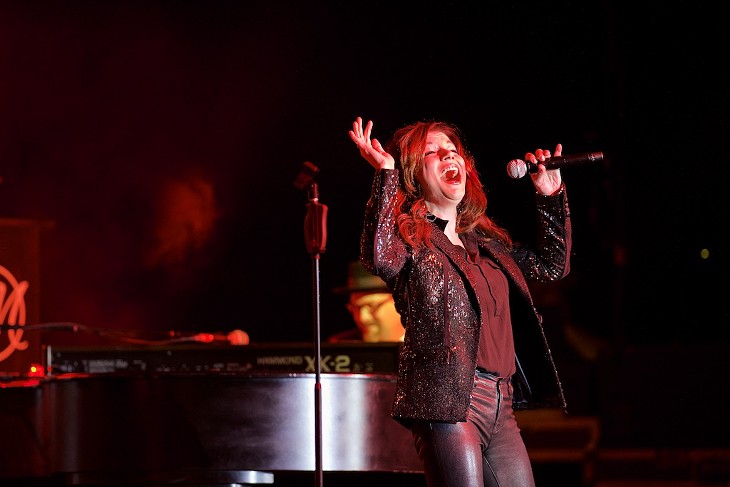 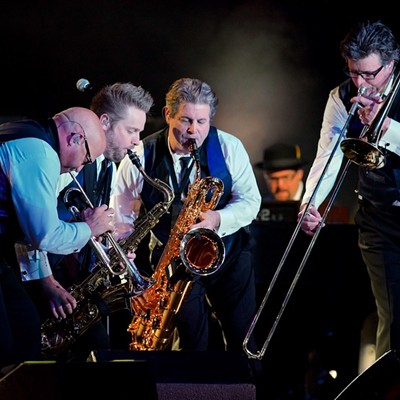 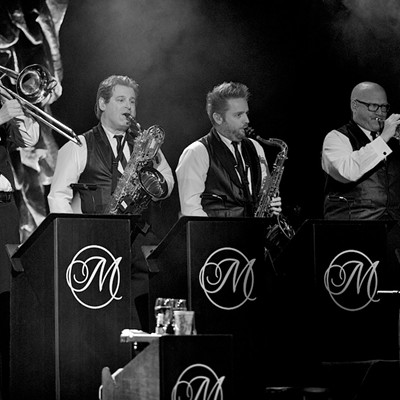 As the nearly two-hour concert began, McBride’s big band slowly matriculated onto the stage. Dressed in matching vests, the four-man horn section arrived first and the guys then took their places behind podiums emblazoned with a giant “M.” Three female backing singers arrived next. The guitarist, bassist, drummer and keyboardist arrived last. The group filled the entire stage before the diminutive McBride arrived, dressed in tight black leather pants and a sequined black jacket. The concert got off to a slow start with “When God Fearin’ Women Get the Blues” and the Sheryl Crow-like “Love’s the Only House,” the latter of which featured McBride on harmonica. A woozy sax solo punctuated her cover of “Suspicious Minds” and McBride showed off her soulful side on Aretha Franklin’s “Do Right Woman, Do Right Man.” Her cover of Pink’s “Perfect,” one of the few contemporary tracks on Everlasting, was a bit too stiff. In fact, for the first half of the concert, McBride’s voice would often evaporate as she hit the higher notes.

McBride recovered nicely, however, for “Little Bit of Rain” and for a rendition of the Supremes’ “Come See About Me.” She brought her big-voiced backing singers to the front of the stage for a free wheeling rendition of Etta James’ “In the Basement” and then showed off her tremendous vocal range on a medley of “Whatever You Say” and “Where Would You Be.” She ended the set with an a cappella rendition of “O Holy Night.” Whatever issues she had with her voice were clearly gone as she nailed the tune and brought the audience to its feet. The encore included a vigorous rendition of the Dusty Springfield classic “Son of a Preacher Man” and a spirited version of her own hit “Independence Day” that had audience members singing the song in unison.