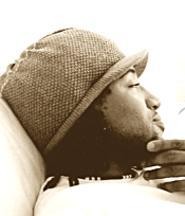 MG! the Visionary -- just "the Visionary" to his friends -- has rocked mics worldwide, once as a cornerstone of UpRok Records, the joint hip-hop venture between EMI and Tooth & Nail Records. The positive rhymer is from Seattle, but he's spent the last year in Cleveland, refining his brand of hip-hop, swirling together old-school verbal skills, reggae groove, and a rock-and-roll sensibility. Some compare him to the Black Eyed Peas and Pharcyde, and he's shared a bill with Switchfoot. When asked about his show, he says that he's been playing sets backed by a live drummer, but he doesn't talk about himself -- mostly, he talks about the audience. "It's not just me on stage," says the Visionary. "It's the synergy of me and the crowd interacting. We're here to put on a good show."