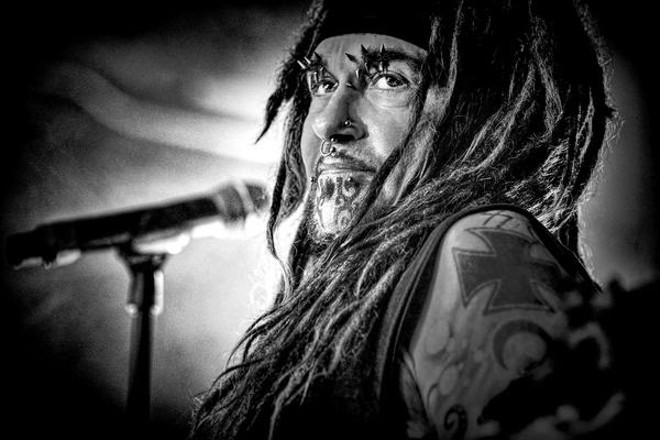 Derick Smith
Ministry comes to the Agora in October.
Update: Ministry has just announced yet another set of rescheduled dates for its tour in support of the 30th anniversary of The Mind Is a Terrible Thing To Taste. The band originally intended to play the Agora last summer but then pushed the tour to spring of this year, only to reschedule the dates once again.

The group now intends to perform on Oct. 9 at the Agora. Tickets for Ministry's Industrial Strength show are on sale now.

Front Line Assembly will open the shows along with the hard rock act Helmet. KMFDM is no longer on the bill.

In addition to celebrating the anniversary of The Mind Is a Terrible Thing to Taste, the tour will also mark the band's 40th anniversary. The group will perform new material from an upcoming 15th studio album as well.

“With current COVID-19 restrictions, we are forced to again move our scheduled March/April 2021 U.S. tour to October/November 2021 and hoping normalcy returns by then," says frontman Al Jourgensen in a statement. "With vaccinations and better care happening, we all feel the fall is realistic. We can’t wait to get out there and play not only The Mind Is a Terrible Thing To Taste material for you all but some stuff off our new album as well. Stay safe and see you in the fall!”

According to press materials, all original tickets will be honored for the rescheduled dates in October and November, and ticket holders can receive refunds at the point of purchase.

Original Post 1/14/2020: In honor of the 30th anniversary of Ministry’s revolutionary album, The Mind Is A Terrible Thing To Taste, band leader Al Jorgensen recently announced the dates of what he's calling the Industrial Strength Tour.

The jaunt comes to the Agora Theatre on July 13. KMFDM and Front Line Assembly join the bill.

“The Mind Is A Terrible Thing To Taste just turned 30. Who knew we’d still be around to see this day,” says Jorgensen in a press release. “But since we are alive and kicking, we figured we’d hop in the way-back machine and recreate the infamous original tour with KMFDM, and add in Front Line Assembly as well. Don’t miss it this time because we’ll be in wheelchairs for sure in another 30 years. May the fence be with you!”

Released in November of 1989, The Mind Is a Terrible Thing to Taste features the hit singles “Thieves,” “Burning Inside” and “So What.”

Beginning today, Blabbermouth is  hosting an exclusive resale. You can find the presale code at blabbermouth.net/. Tickets go on sale to the general public at 10 a.m. on Friday.