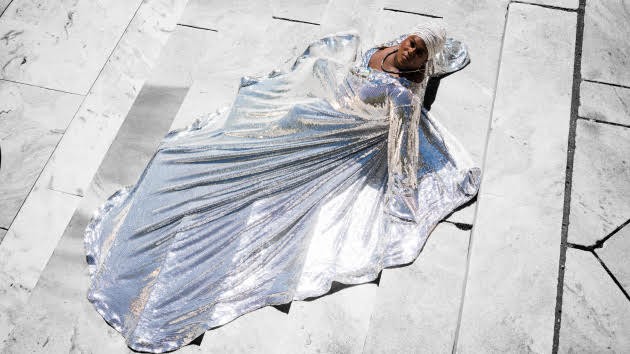 Earlier today, Mourning [A] BLKstar singer and educator Kyle Kidd (all pronouns) announced that their debut solo album, Soothsayer, will arrive on Aug. 5.

The lead single “TMS” offers a “deep, kinetic nugget that nods to house and techno traditions,” as it’s put in a press release. It exemplifies Kidd’s desire to celebrate themself, their identity, their drive and their community.

“In the time of writing this album,” Kidd explains in a statement, “I was battling the reality of my need to be defined by my old scars. The experience revealed that each moment I have overcome has in fact been an initiation of my becoming. Living as a queer, androgynous person, I have always seen the world beyond the binary. Those who came before me were deeply connected through spirituality, with the gift to see the future wielded through the powers of ritual.”

Kidd, who performed in church choir and community theater as a child and then competed on several editions of American Idol as an adult, titled the album Soothsayer on the basis of their “ancestral background.”

“This album tells the story of longing to be saved and realizing instead that salvation is in the deep work of self-love,” Kidd says. “It is divine. It is a vision of the future.”

On Friday, Kidd will debut material from Soothsayer during a headline performance at moCa Cleveland’s Season Shut-Down event.