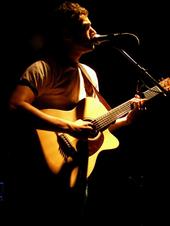 Fans of ’70s singer-songwriters and soft-rockers like James Taylor, Jim Croce, Paul Simon, the Eagles and Crosby Stills and Nash might want to head over to the Beachland Tavern tonight to catch Nate Jones.

The teenage performer, who is attending Tulane University in New Orleans, is celebrating a hometown CD-release party before leaving for school.

His melodic, relationship-oriented songs and earnest vocals recall artists like Taylor, as well as contemporaries like John Mayer.

Jones accompanies himself on acoustic guitar, and his playing is surprisingly aggressive, dense and complex but still frames his gentle songs effectively.

The show starts at 8:30 p.m.; Nick Espinosa and Josh and the Empty Pockets open. Admission is $5. —Anastasia Pantsios