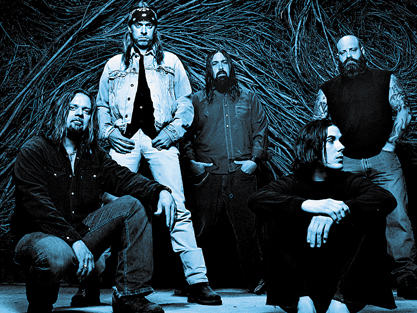 My feature story “Down With Classic Rock?” takes a look at bands like Down, who look and sound like your favorite long-haired rockers from the '70s but aren’t on classic-rock radio for one reason or another. It’s available now in this week’s Scene, or click here to read it.

If you need a break from "Baba O'Reilly" and "Gimme Three Steps," try these newer bands that sound just right next to your longtime favorites. Just click the pic, and it’ll be like the World Series of Rock all over again — but fresh.

Down — “Stone the Crow”
One of the great classic-rock anthems of its generation, a monster worthy of Skynyrd. It's a haymaker of a song with a mournful southern-rock riff, haunted vocals from a tortured soul and guitar harmonies that'll give you goosebumps. From Nola (Elektra)

Coheed and Cambria — “Welcome Home”
Frontman Claudio Sanchez wields a double-necked Gibson like Jimmy Page, rocks a giant afro and leads his band through space-opera concept albums. On this menacing six-minute march, he sings like Rush's Geddy Lee. From Good Apollo, I'm Burning Star IV, Volume One: From Fear Through The Eyes of Madness (Columbia)

Fu Manchu — “Knew It All Along”
Known for songs about pinball, women and weed, this long-running California quartet is the quintessential stoner-rock band. This jam's resonant riff has all the attitude of UFO at its baddest. If you don't like the tune, you don't like rock and roll. From We Must Obey (Century Media)