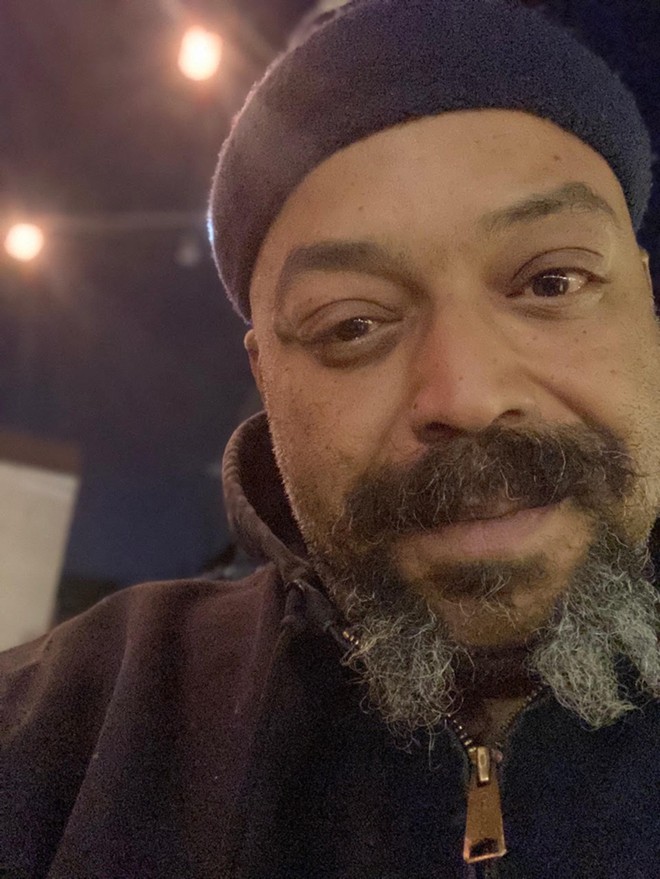 “I saw a couple of shows that [local singer-songwriter] Brian Straw did at the Underdog,” says Pequignot when asked about the inspiration for the series. “I loved the format. It’s two hours, and it really works. To have [the performances] end before the show upstairs starts is good too. You’re home at a reasonable time. If you’re going out for a night, it works well before or after dinner. You can do a second thing. I love the [7 to 9 p.m.] time slot. I’ve seen a lot of intimate stuff upstairs get choked out by the talking. The basement feels more intimate, so people are better at keeping it down. It’s perfect for small stuff. Standup has worked particularly well down there, and for my shows, I hope it won’t only be white dudes with acoustic guitars like me. I hope to have electronic stuff and anything a little too quiet for the room upstairs.”

“I don’t know what anybody’s plans are,” says Pequignot. “I’ve only seen Rafiq [Washington] a couple of times, but I think he will have some beats, and he’s a great singer. I’m excited to see what he will play in that format. Michelle told me she hasn’t played in two years, so I bet it’ll be a mix of old and new stuff from her. I’m excited it’ll be Michelle’s first show back. She’s really got the voice.”

“I discovered that series about a year before the pandemic shut it down,” he says. “It was what I needed at that point. I was on the brink of wondering if anyone cared that I was doing music anymore. I got up on that stage, and I got a lot of positive feedback. Brent was good at fostering that. I hope to bring that to my series as well. At 10 by 3, he would shush the audience if they were talking, and it was like a warm hug. He had a way about it, and I hope I can learn to do that.”