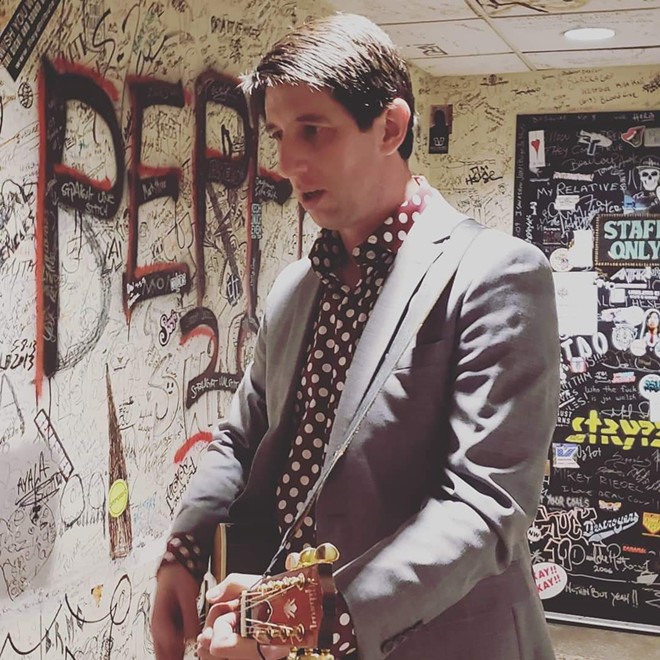 Courtesy of Doug McKean
Local singer-songwriter Doug McKean, a member of the Ohio City Singers and the Boys From the County Hell, has just released a new Christmas single. Recorded with Don Dixon (REM, Marshall Crenshaw, Smithereens) in Canton, “Dear Santa” and its B-side, ‘The Foul Stench of Bellaire,” represent the most topical songs that McKean has ever recorded.

“With ‘Dear Santa,’ there are gratuitous and systemized human rights violations going on on the border. Charity and activism, while meaningful, still won’t change our leadership’s course of action,” says McKean in a press release about the track. “I thought a letter to Santa asking for help during the season of peace on Earth and goodwill to men would channel the mix of anger and helplessness people are feeling.”

A folk song, "The Foul Stench of Bellaire" addresses the (subsequently withdrawn) hiring of former Cleveland police officer Timothy Loehmann by the city of Bellaire in 2018.

McKean currently has a set of songs written for an album he hopes to release in 2020.

“This seemed like the right time for these two songs," he says. "Plus, you want to get topical songs out in a timely fashion.”

"Dear Santa" as well as the rest of McKean’s solo catalog is available at his Bandcamp site, where you can name your price to download. McKean will donate proceeds from all downloads to RAICES Texas.