Not Grateful for the Dead 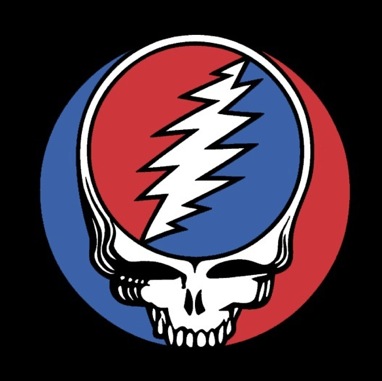 A little while ago I was on Amazon looking up a release date on a new CD. A big-ass banner at the top of the screen beckoned me: "Grateful Dead. Tour dates, live recordings, and more." It linked to a full page of Dead-related crap: CDs, MP3s, tour dates, books, photos, trivia, videos, biography, what Bob Weir ate for breakfast.

Over the weekend, I was looking over the new issue of Rolling Stone, which has a piece on the reunited Dead gearing up for their first tour in five years.

Can we please give it a rest? Please? Jerry Garcia's been dead for more than a dozen years. The Dead's music hasn't been relevant in more than 20. And frankly, all those trust-fund kids spending their summers following the band on the road, eating burritos, and not bathing annoy the hell out of me.

Here it is: The Grateful Dead made a couple good records. I'll vote for Workingman's Dead and American Beauty. I'll give you Live Dead and that live album from 1971 (the one with the skull on the cover) if you like 'em better onstage (where they either transcended the jam-band genre or made it a musical wasteland that allowed snoozy groups like Phish to sustain a career). But, you know, that whole scene kinda sucked — especially when the Dead became old hippies who toured nonstop and dragged out songs for 40 minutes for audiences who were too stoned to notice how blah they were.

I don't want to see the Dead on tour this summer. Garcia's gone. Various other members have died over the years (does anyone just quit the Dead? Or is it in their contract that their livers or something have to shut down after years of abuse and then they die?). Percussionist Mickey Hart is still around. So is drummer Bill Kreutzmann. Bass player Phil Lesh now sings some of Garcia's parts. Weir takes over some too. He also sings his own songs, which were always the worst, even on the Dead's best albums. (We recently debated rock's best singers. All-time worst? Weir is definitely up there.)

So, please. Can we just let the Dead die? After they called it quits the first time (after Garcia's death), they did so with dignity. They left with their nostalgia and legacy, for the most part, intact. Now they're just turning into the Rolling Stones. They're gonna be playing "Dark Star" until only Hart is left onstage, pounding away on one of those African instruments he likes so much for 45 minutes before someone wheels him off.

One of the things for sale on Amazon's Dead site is a sock. A fucking sock. Yes, it has the familiar skull and crossbones on it. But it's still a fucking sock. What's next? Toilet paper? Because that's pretty much where the Dead's legacy is headed. —Michael Gallucci