Now That’s Class To Change Ownership and Name in March 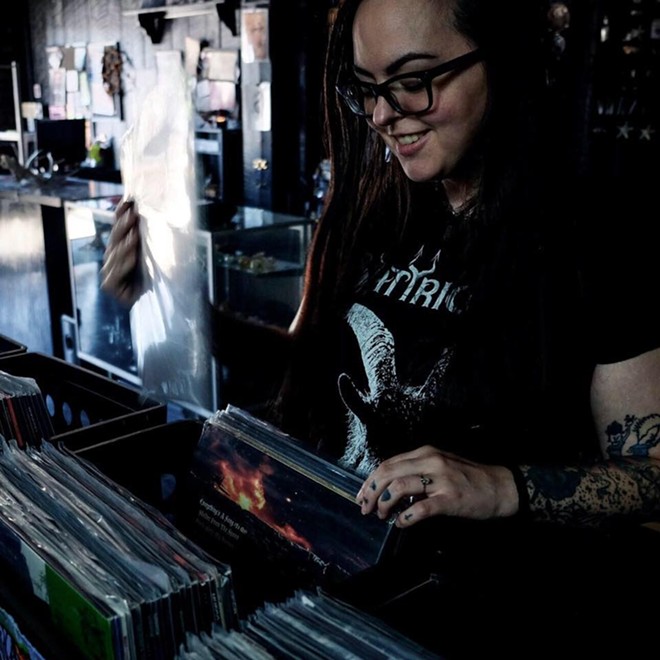 Jon Nix
New Now That's Class owner Emma Jochum.
Now That’s Class owner Paul Shlachter has booked a bit of everything over the course of the 15 years he's owned his dive bar/venue located on the West side of Cleveland. Though he catered to the punk and indie rock crowd, he wasn’t opposed to booking acts from South America or Eastern Europe.

Now, Shlachter has just announced that he has sold the club to Emma Jochum, owner of Black Market Records. Jochum, who has worked at the Foundry, the Phantasy Complex and Peabodys, will assume ownership on March 1. The club will remain open during the transition, and Jochum will continue to book shows at the Foundry. She'll also continue to manage Black Market Records, which is located at the Foundry, for the foreseeable future. (She says that for booking inquiries, local bands should still contact Shlachter; new branding and contact information will be announced in the next couple of weeks).

“I am excited and also sad to announce that Now That’s Class will be closing after 15 years," says Shlachter in a statement about the sale. "I have personally decided that I am ready for my next adventure and want to try something new. I am also leaving Cleveland. I would like to thank all the great people that have worked at NTC and all the patrons who have passed through the doors over the years and made it the freak show that it was. I feel we were always the most inclusive space in the entire city. Regardless of outsiders trying to pigeonhole NTC as a generic punk club, we never were. We supported all kinds of music and people. A truly open minded space with a large variety of events and people from all walks of life."

Jochum has frequented the venue since she was a teenager and has a real affinity for the place.

“I have some large shoes to fill as Paul [Shlachter] moves on to new adventures, but I’m confident we can keep this pandemonium going for another 15 years and then some,” she says. “I’m eager to get to work and continue shining a light on underground artists from Cleveland and beyond.”

Jochum plans to upgrade the electrical, stage lighting, hospitality spaces for bands and bathrooms. She'll also continue some of the club's irreverent traditions, including Horrible Fest (which will return in 2023), Gold Night and Now That’s Classy.