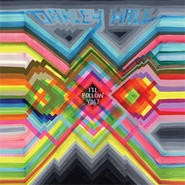 Defining rock music as a common language for the American masses is the stuff of fiction, not the people's actual history, which tells us that rock has always been a fragmented tribe of competing subcultures. But every now and then an album appears that builds a Babel that never existed.

I'll Follow You, Oakley Hall's fourth disc since 2003, is this kind of album. It dissolves distances between vintage and modern, mainstream and indie, creating a rock and roll landscape every bit as panoramic as Little Feat, No Other, and Los Angeles. "Rue the Blues," for example, ticks like Neu!, but its Nashville chorus is fit for Gretchen Wilson's redneck manifesto. The same can be said of "Best of Luck" and the lonesome fiddle haunting its backdrop.

But I'll Follow You isn't just another neo-Springsteen dream of America. Although Oakley Hall's sweeping sound unifies a fractured culture, it also throbs and heaves with all the dread and tension of modern times: war, failed relationships, and declining wages. The New York sextet's hulking, triple-axe attack constantly threatens to drown the pinched harmonies of Pat Sullivan and Rachel Cox. And when Cox strikes out on her own, as she does on "First Frost," her already melancholic alto retreats to an inner sadness.

Oakley Hall closes with "Take My Hands, We're Free." It's an ominous ballad, for sure. But it does let us know that we're not alone, that there are actual folksingers out there wading through the same madness as you and me.