Once Homeless and Addicted to Drugs, Local Rapper Yeti Spaghetti Will Release His Debut Album and Perform at Wilbert's This Week 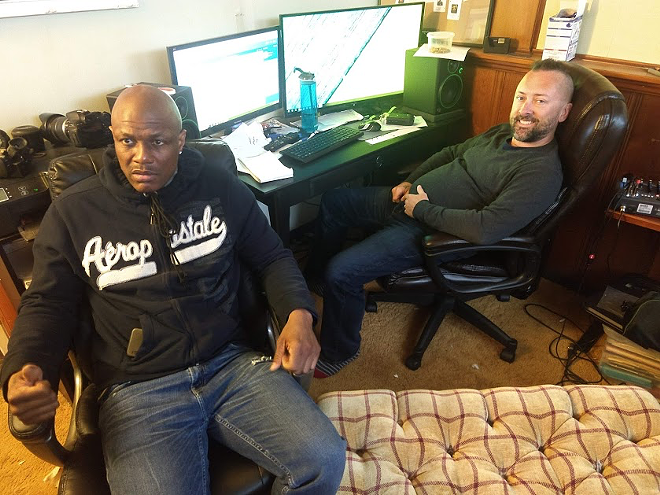 After he opened for Lil Kim and Junior Mafia back in the late '90s at the now-shuttered Cotton Club, local rapper Yeti Spaghetti, who'll release his debut album, Cleveland, this week, initially thought he’d pursue a career in music. He even cut a track with Skant Bone from Mo Thugs, but it was shelved and never saw the light of day.

When a record deal didn't materialize, he gave up on those aspirations.

“I just left it alone because everybody shut me down. The doors that closed up on me killed my dream,” he says one recent afternoon from producer Moe Taylor's westside basement that double as a recording studio.

A drug habit derailed him, and he even wound up homeless. But things appear to be headed in the right direction once again. The singles he’s already released on Reverb Nation have received airplay in 18 different countries, and Yeti Spaghetti celebrates his debut album's release with a performance on Friday at Wilbert’s.

Yeti Spaghetti and Taylor initially just met by chance. One day, when Taylor, a former journalist in the Navy, and his wife were staying downtown, the two became friends after Taylor asked Yeti Spaghetti where he could get a drink at 9 a.m.

“He was trying to sell me something or tell me some joke for money,” says Taylor. “I didn’t even know about his music then. I just liked the guy.”

As they got to know each other, Taylor gave Yeti Spaghetti a place to stay (he had a vacant rental at the time). Eventually, he realized the man had some skills as a lyricist and rapper.

Since Taylor had a good understanding of how to use ProTools, he created some beats and turned a tiny closet in his home into a vocal booth, insulating the walls with black foam.

The Cleveland-born rapper had plenty of material at hand. He had started writing his own rhymes when he was a teenager after he left a San Diego foster home where he lived until he was 12. His laid-back, Snoop Dogg-like flow on tracks such as "Dopeboy" and "68 Camaro" comes across as particularly distinctive, and the music recalls '90s hip-hop without sounding derivative.

“I really like Tupac Shakur and DMX and Eminem,” says Yeti Spaghetti. “Those are my favorites. For this record, I wanted to come with a '90s flavor with a New Age twist. I want to include my own little sporadic ideas.”

When it came time to cut the disc, Taylor sifted through the library of ten songs that Spaghetti had in his head and created beats for six of them, christening himself Queso Blanco in the process.

“When [Yeti Spaghetti] was in rehab, he’d get day passes for a few hours, and I’d run him over to my house, and we’d record a track and then he’d go right back to rehab,” says Taylor.

Ultimately, Taylor says he hopes that Yeti Spaghetti can tour and record on a full-time basis. He says the songs on Soundcloud have already created a buzz, so the music appears to gaining some traction.

“I just want him to get an actual career, so he doesn’t have to worry about being homeless ever again,” Taylor says of Yeti Spaghetti. “I was homeless when I got out of the military, so I always try to help people get out of being homeless. It was originally a charity for Yeti, but it turned out to be loads of fun and might actually make a little money for us.”