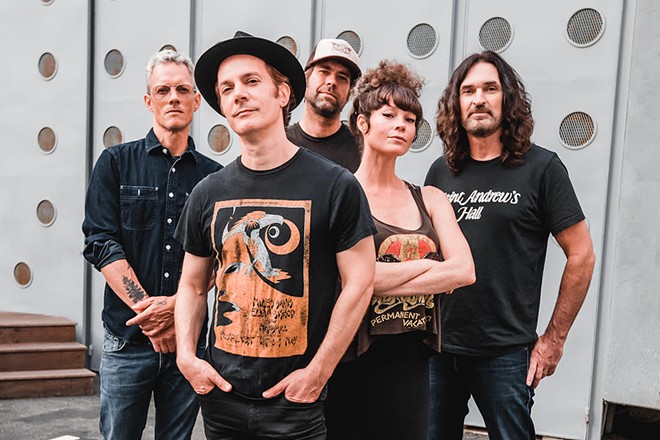 DMK Publicity
Indie rocker Pete RG has just announced the dates of a fall tour with a backing band that includes original Pearl Jam drummer Dave Krusen, who was inducted into the Rock Hall with Pearl Jam last year.

The tour kicked off earlier this month, and the concert here takes place on Oct. 5 at CODA in Tremont.

“We're excited to finally do a full tour in October,” says Peter RG in a press release announcing the dates. “Fans can expect a lot of new music from our forthcoming album, Whatever We Want, Whenever We Want, as well as some even newer songs that we haven’t recorded yet. We like to test and refine songs in front of a crowd before recording them. Audiences are very honest. Plus, it puts some hair on your chest, as a band, except for Brina, of course.”