Out Today: Say Anything 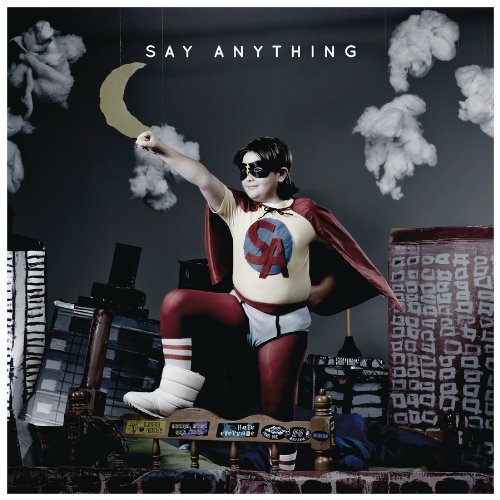 For six years, Say Anything have attracted a devoted legion of fans with frontman Max Bemis’ uber personal songwriting. As a bipolar Jewish kid from Los Angeles who struggled with drugs and spent time in a mental hospital, Bemis is the ultimate tortured artist. His lyrics about heartbreak, sex, religion and mental problems make him stand out from his contemporaries. Even though he’s happily married and not quite so tortured these days, Bernis is still writing about heartbreak, sex, religion and mental problems. But his songs are even better. Say Anything's self-titled third album opens with “Fed to Death,” which begins with just an acoustic guitar and Bemis’ raw voice, before the whole plugged-in band joins in. “Hate Everyone” is classic Say Anything: self-deprecating lyrics, polished but not over-produced. “Crush’d” proves Bemis can write a love song. When he sings “I’m quite sure I love you, Sherri,” even his harshest critics would have a hard time keeping back smiles. The album’s closer, “Ahh … Men,” begins just like the opener: just Bernis and an acoustic guitar working their way to an epic combination of gang vocals and spoken word. Say Anything works best when it combines both old and new sounds. Whether it’s the strings on “Do Better” or the sarcastic "Property,” the band tests out some fresh sounds while still writing biting lyrics. Not too many bands can get away with a line like “You’re like Björk with better fashion sense.” Once again, Say Anything manage to stand out in whatever genre you want to put them in. —Brittany Moseley