Out Today: The Flaming Lips 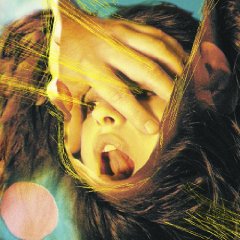 Before they reinvented themselves as the world’s most awesome prog-rock band on 1999’s The Soft Bulletin, the Flaming Lips were a bunch of noise-loving kids from Oklahoma who made music that was a perfect soundtrack to your late-night LSD trips. On their 12th album, they return to their mind-wrecking roots. The soundscapes on Embryonic are every bit as big and as glorious as they were on The Soft Bulletin and its even proggier follow-up, Yoshimi Battles the Pink Robots. But this time, songs are replaced by set pieces, groovy tunes are swapped for aural explorations. It’s all very wild, free-falling and trippy, but it isn’t very much fun. Some tracks are fragments; others are six-plus minutes of instrumental howls and screeches. Frontman Wayne Coyne’s presence on Embryonic is more spiritual than fashioned: He guides the action like an impish phantom who has a dozen ideas running through his head at the same time but little concept on how to channel them into a singular vision. Cuts like “Convinced of the Hex” and “Silver Trembling Hands” are indisputable mind-fucks, but sometimes we just want to cuddle. —Michael Gallucci