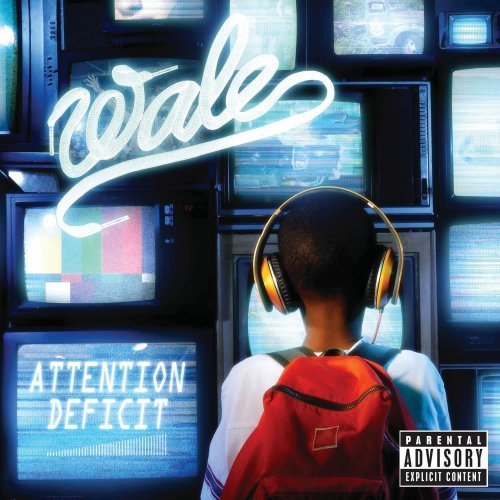 Rapper Wale hit the buzz jackpot with last year’s terrific Mixtape About Nothing, 70-plus minutes of rhymes and samples based on Seinfeld. On his official debut, the 25-year-old Washington, D.C. native pairs up with some A-list guests (Pharrell, Lady Gaga), raps a lot about things that bring him down and comes off like a more socially conscious Kanye. It’s a winning formula, if not exactly a totally original one. Wale opens Attention: Deficit with the line, “I ain’t trying to be politically correct,” and then spends the next hour nodding to old-school hip-hop with Native Tongues rhymes over blaring horns, scratchy beats and rolling percussion fills. “I’m rapping for the scholars and the hustlers,” he says on “Mama Told Me,” signaling both his brainy and street intentions. Thematically, Attention: Deficit isn’t as tight as The Mixtape About Nothing. But musically and lyrically, it’s about something way more substantial. —Michael Gallucci