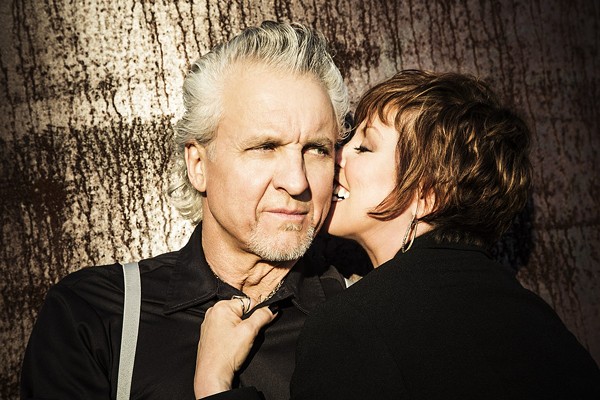 Courtesy of Live Nation
When Pat Benatar and Neil Giraldo, a Cleveland native, performed at Hard Rock Live a couple of years ago, we wrote that they played nearly all of their hits during a show that opened with the harmony-soaked, synth-driven “Shadows of the Night” and included numbers such as "Promises in the Dark" and "Everybody Lay Down."

Our review noted that "Benatar had and still has the powerful lungs and Giraldo has no shortage of riffs — seeing the pair do their thing, it comes through that while they could have easily gotten dragged down by an overload of successful sappy ballads, they instead kept things generally in a more guitar-focused direction."

Now, the duo has announced it will return to Hard Rock Live on April 4 for an "intimate acoustic" performance.