Placebo and She Wants Revenge

Saturday, November 4, at the Agora Theatre. 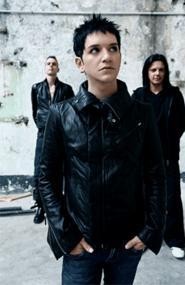 Placebo
She Wants Revenge vocalist Justin Warfield sang on the track "Spite & Malice" from Placebo's 2000 album, Black Market Music -- a favor he's apparently returning, since the electro-glam superstars from the U.K. are the opening act on SWR's current tour.

Still, it's almost an insult that Placebo, which packs stadiums nearly everywhere else, is stuck opening for these Joy Division-wannabes. After all, Placebo counts David Bowie among its collaborators (e.g., the Cure-style downward spiral "Without You I'm Nothing") and was all over radio in the 1990s with the dank dirge "Pure Morning" and Cruel Intentions highlight "Every You, Every Me."

But like many of its U.K. counterparts, Placebo has quirks -- the pinched-nose delivery of vocalist Brian Molko, the unabashedly androgynous sexuality, and the complex, electro-industrial pop songs -- that are a bit too left-of-center for the mainstream.

Too bad: Placebo's new album, Meds, is the perfect soundtrack to a session of futuristic booty-knocking. Crunchy, grinding guitars tussle with outer-limits synths that echo Depeche Mode, Tubeway Army, and Major Tom's doomed voyage. The Kills' Alison Mosshart coos the seductive, urgent line, "Baby, did you forget to take your meds?" as a guest on the title track, while "Infra-Red" throbs with staticky, robotic rhythms.