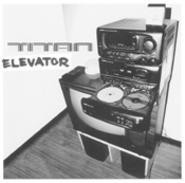 If rock and roll were a movie, Plastilina Mosh and Titan would make a perfect double bill. Both bands are Mexican, multilingual, kinda goofy, and totally infectious. If Mosh's cleverly cool exercise in amphetamine lounge uses disco beats to sand down its grungier impulses, Titan's more overtly frenetic CD suggests it's not yet ready to tone down any of its more eccentric tendencies. Aquamosh, the disc Mosh made for Capitol two years ago, was more like Elevator; loud, abrasive, and funny, it was so over the top, it plowed fresh rock territory with a monster truck.

You wouldn't call Juan Manuel languid, but you could call it suave. In tracks such as "Boombox Baby," the rococo "Baretta '89," and "Supercombo Electronico," Jonaz (guitar) and Alejandro Rosso (keyboards/samples) perfect a unique style of steroid funk that resonates more deeply with each spin. The production by Money Mark and the Beta Band's Chris Allison gives Plastilina Mosh a depth and diversity missing from Aquamosh. And if Aquamosh was more energetic, Juan Manuel (the guy who isn't pictured in the artwork in the minimalist, provocative CD insert "story") has longer legs. Where Mosh traffics in icons both visual and musical, Mexico City's Titan sticks closer to a musical groove. Tracks such as "La Frequencia del Amor," "Vaquero," and "Corazon" exaggerate the sounds of the heavily trafficked streets traveled by the band itself.

Titan's songs are less shapely and more derivative than those of Plastilina Mosh, but they're no less entertaining. Both bands revel in junk culture -- Mosh samples Funkadelic, and Titan borrows beats from the Temptations, Carole King, Quiet Riot, and Negativland. These CDs add up to garage rock for the digital age. And you thought the spirit of ? & the Mysterians had flown.